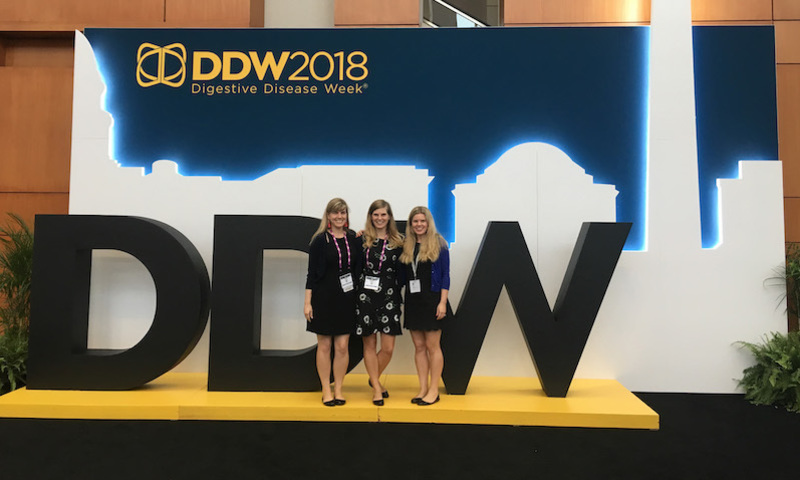 Not only did Mindy (’04), Amy (’07) and Kristen (’12) Engevik all graduate from Biola University with degrees in biology — all three then went on to the same graduate program at the University of Cincinnati’s College of Medicine, where they each earned a Ph.D. in the same narrow subject: systems biology and physiology.

Now, the three sisters are making their uncommon mark as female scientists in a field predominantly made up of men.

“For us, our passion is not just science; it’s to really change academia,” Amy said. “There are very few female professors at research-intensive institutes, let alone Christian professors.”

Amy, a principal investigator in the department of surgery at Vanderbilt University in Nashville, Tennessee, is on a path to become an assistant professor. Her older sister, Mindy, is an independent principal investigator at Baylor College of Medicine in Houston, Texas. Kristen, the youngest, just finished her Ph.D. and will also work out of a lab at Baylor for her postdoctoral fellowship.

After the three completed their biology degrees at Biola, they each completed their graduate degrees in systems biology and physiology — the study of mechanisms underlying complex biological processes — at the University of Cincinnati. Mindy led the way, starting out as a lab technician at the university while her husband was there pursuing a master’s degree in opera. Along the way, she was encouraged to enter the Ph.D. program, which she completed in 2013. During summers, her sisters joined her in the lab, which played a large part in inspiring them to pursue a career in the sciences. (Before pursuing their doctorates, Amy was in law school and Kristen was considering opportunities in wildlife education.)

“None of us started off [thinking] this is what we are going to do right after Biola,” Mindy said. “It was very much God leading us to this profession. And it was not a straight path for us. ... [But] it worked out great, and clearly we know that this is what we were supposed to be doing.”

Though the road wasn’t always clear, the sisters have seen how following God’s call to be leaders in the sciences has provided opportunities to live out their faith.

“There is a lot of uncertainty about where your research is going to lead, where you’re going to go in your life, and as a Christian, I don’t even have to worry about that,” Mindy said. “I know God is in control and if he wants the experiments to work, then they will, and I can be as good a steward with the information he has provided me with, and my life and hard work. But ultimately God is in control, and that gives me a peace in everything I do.”

All three sisters value the integration of the spiritual and the scientific in their research, and embracing a holistic learning experience.

“[Biola] definitely gave a good foundation of learning and doing rather than just trying to get the grade and passing those classes,” Kristen said. “I think it did challenge us in the right places.”