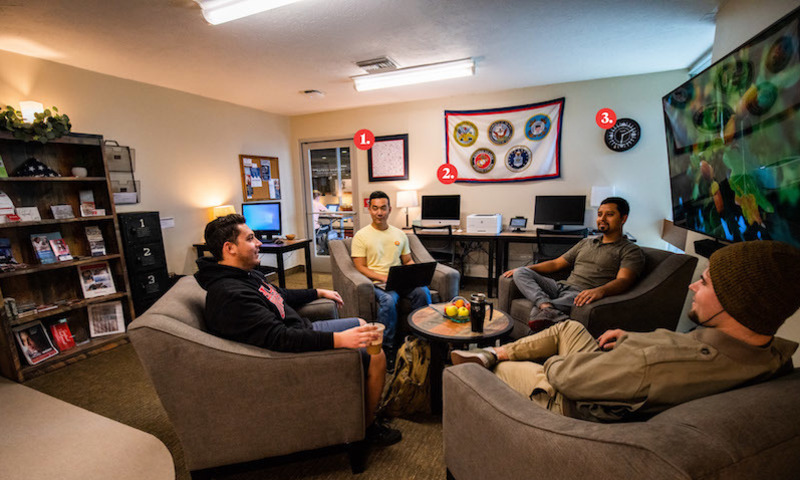 The student-led Biola Veterans Association previously gathered a few times each week at the “Rally Point,” a name they gave for their pop-up veteran center. Now, they can gather in a permanent communal space to hang out, stay connected and find helpful resources.

4. Home base. The space serves as a home away from home for Biola’s military community — especially those who commute — including a kitchen, dining table, couches to lounge on and computers for classwork.