Is There Any Hope for Truth and Civility Online? 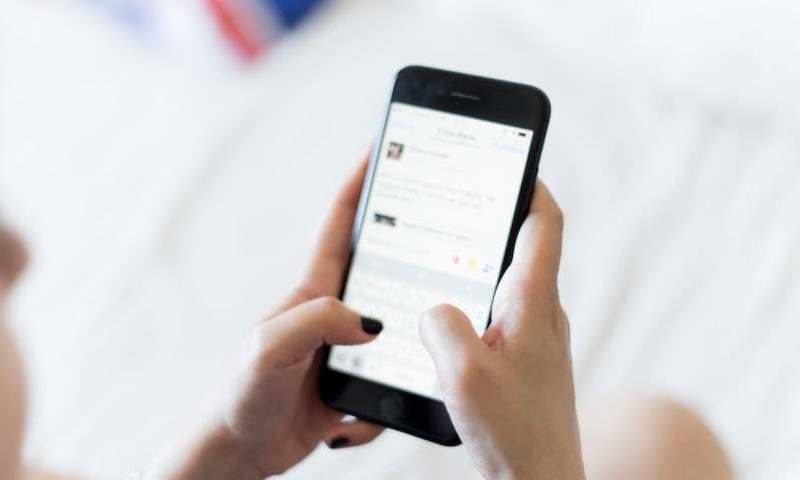 The social media world is filled with land mines — from the negative back-and-forth on Twitter to passive-aggressive linking on Facebook — leading many users to scroll through their Instagram feed for a better view of something else.

A 2019 survey called “Civility in America” found that 93% of Americans believe there’s a civility problem in society. More than half of Americans expect incivility to grow, and 57% believe the reason for this is the internet and social media.

How then can we push back this trend and pursue the art of civility, especially in today’s digital age?

How is the growing incivility in our online communications negatively impacting us and our society?

There are great arguments to be made for the role of civility in supporting a democratic society or a culture where diverse individuals live together in community. To me, however, the implications of incivility extend beyond this. Incivility is a moral issue. Civility and incivility in communication are directly connected to an individual’s worldview — and thus, one’s perspective of the value and worth of other individuals.

I believe uncivil communication in social media impacts society in profound ways. Uncivil dialogue chips away at the soul of those involved — it hits to the core of human dignity and respect. As a Christian, I believe we are designed with innate value, created in the image of God. Thus, as a professional communicator, I believe communication that fails to dignify a human soul is inherently harmful and degrading of individuals and society.

The term “fake news” gets thrown around a lot these days, to the point where it has perhaps lost its meaning. How would you define actual fake news, and how pervasive has it become?

The unfortunate reality is that fake news or disinformation is incredibly prevalent in society today. The Institute for Public Relations just released a study on “Disinformation in Society.” They found that 86% of Americans believe that “news or information that misrepresents reality or is false” is a problem in the U.S., and 78% of Americans reported encountering disinformation at least weekly. In their study, fake social media accounts were identified as being the biggest culprit for the spread of disinformation. The ability of this disinformation to lead large groups of people to action is astonishing. This is why it is critical to use discernment and wisdom before believing, sharing or spreading content.

With fake news, negative talk and often toxic online environments, why is it still important for us to engage in these public conversations?

First, similar to what Aristotle has suggested, we need to stay engaged as good citizens who are actively pursuing human flourishing for ourselves and society. Second, as a Christian, I believe God has called us to be ambassadors of truth, peace and love. Particularly in digital environments, we need individuals who winsomely communicate truth, while coupling that communication with dignity and compassion for others. I do think each individual needs to determine when, how often, and in what ways they will engage in these environments — it will be different for all of us. But, the power of people standing together, determined to both speak truth and love others well, has the capacity to radically shape the future of digital communication.

What do you believe is the PR professional’s role in shaping the public discourse?

How has the current civility crisis complicated the field of public relations and the work you do as a PR consultant?

The polarization of communication and the presence of echo chambers in society definitely complicate public relations efforts. But I also see this as an opportunity. There are so many misunderstandings about what public relations is designed to accomplish and its role in society. This moment in history will, I believe, help clarify why public relations is so valuable. We serve an important purpose not simply for organizations, but for society as a whole. We have a fiduciary responsibility to society to help preserve the value of communication, the centrality of truth in dialogue, and the humanization of organizational and public interaction.

How can we pursue truth and tell others the truth of the gospel today?

In the context of social media in particular, I suggest starting from a place of relationship. Social media was originally designed as a social platform — to connect friends and build those relationships. While the use has changed quite a bit, I think the heart of it remains. If you want to have an impact on people for the kingdom, it comes through relationship first. That means you are sharing in their life, interacting with what they are posting, and you are willing to be part of their story.

A question I get quite a lot is what to do if you feel like you need to respond to something that is inaccurate — perhaps it is a post from a friend about his faith, or a comment about the church, or a news story that you feel doesn’t capture the heart of the issue. While each situation is nuanced and requires wisdom, what I recommend is starting not from a place of considering the content itself, but the nature of the relationship. If you post, do you have a connection with the person that is likely to lend itself to creating a positive influence or change? Would the topic be something better engaged offline, outside of a public arena? These are questions that can only be answered by the individual — but I think it is a valuable exercise.

INTERESTED IN STUDYING PR? Under Carolyn Kim’s leadership, Biola is launching an online bachelor’s degree and online master’s degree in public relations and reputation management in fall 2020. Look for information at biola.edu/pr.