Longtime Biola friend and supporter Virginia “Ginny” Moats was just two days short of her 106th birthday when she passed away on Oct. 1, 2018. One of the namesakes of Moats Lecture Hall in the Crowell School of Business building, Ginny now leaves a legacy at Biola with the creation of two new endowed scholarships, established with her final gift: the Wendell Alton Moats & Virginia Evelyn Moats Music Scholarship and the Wendell Alton Moats & Virginia Evelyn Moats Business Endowment.

Ginny was a wise and prudent investor who, decades ago, took a small risk and got in on the initial public offering of a little-known company that made WD-40, a brand that is now known globally. After her late husband, Wendell Moats, passed away in 2001, she contributed the stock that had grown over their 30 years of marriage to the business school’s fundraising campaign in Wendell’s name, resulting in the creation of Moats Lecture Hall. They had started supporting Biola students as a couple, and today the hall remains an ongoing testament to their love for Biola students.

Born in Chicago in 1912, Ginny experienced heartache early. By 22, she had lost both her parents and was raising her younger sister. Her first marriage was to Alvin Kunke, an attorney, whom she married shortly after her mother died. In 1942, they moved from Chicago to Altadena, Calif., and were active members of Pasadena’s Lake Avenue Church. While they were vacationing in Hawaii, her husband passed away at age 61.

For 17 years, Ginny was the owner of Ginny’s Bib’n Tucker, a children and women’s apparel store, before she closed the store and eventually moved to La Jolla, Calif., where she met Wendell. Wendell was a retired Christian businessman and widower who was originally from Iowa. He and Ginny shared a similar background, as he also lost his parents at a young age when they and his father’s grandparents were killed in a train accident. He knew financial hardship and worked multiple jobs to complete his college and law school degrees.

When Ginny was honored by Biola with the 2013 Anna Horton Ruby Award for Life- time Commitment and Service, she said, “We didn’t have children, and so we loved all ages of kids, and we just loved the teenagers that were going to Biola. It’s a wonderful place and I’ve had so much joy being a tiny part of it.”

Each time Ginny received a note from a student, she would joyfully answer it. Though she had to forgo college, she was passion- ate about higher education, and was always looking for a way to offer financial support to students. In her later years, she was known to find valuable antiques or jewelry in her home and turn its financial value over to Biola to fund student scholarships. To continue her and her late husband’s impact on Biola students, and as a testament to their good and faithful service to the Lord, Ginny arranged to leave proceeds from her estate to fund two significant endowments for students in music and business.

“Biola cherishes its many years of friendship with Ginny and is grateful to God for using her to impact this rising generation of Christian students," said Adam Morris, vice president of advancement and strategic planning. 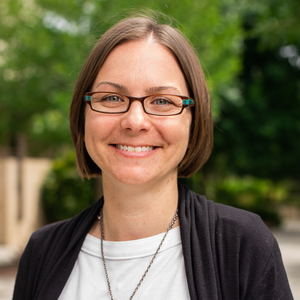