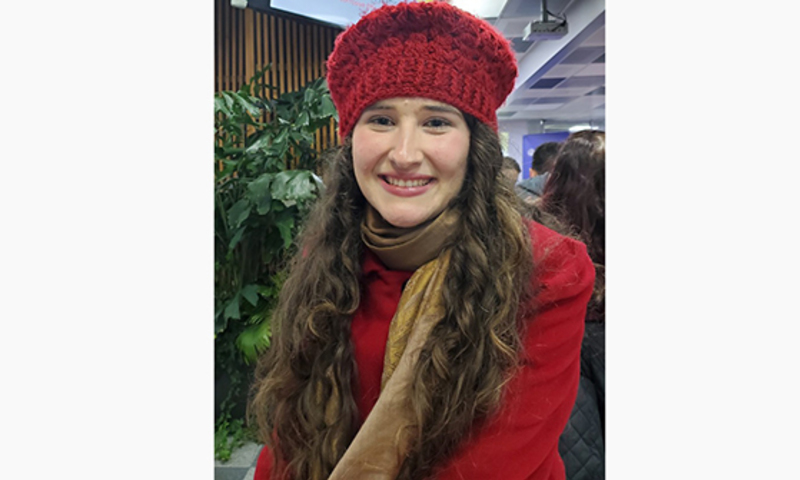 Kristina Conrad (’18) is the second alumna in Biola’s recent history to participate in the Fulbright U.S. Student Program, the largest international fellowship program in the U.S. that offers one-year grants for students to study, conduct research or teach English in various parts of the world. While at Biola, Conrad majored in English with a concentration in secondary instruction, and previously received the Critical Language Scholarship in 2017, a competitive program that allowed her to study Azerbaijani in a two-month intensive program.

“In 2016, I read a news article on my phone — it just popped up — about Azerbaijan. I didn’t remember where Azerbaijan was, so I typed it into Google. The first article that came up included their traditional musical form called meykhana, which is called native rap.”

“I’ve been playing the clarinet since I was 12 and rapping for the last six years, and I found out that this musical form combines both clarinet and freestyle poetry. So when I heard that my two passions could collide, I thought, ‘I need to find out more about this!’”

“I hope that gives my students an opportunity to use English in a more colloquial manner, so that it’s not just classroom English.”

“[Azerbaijani is] just a very friendly environment. There’s such a tradition of hospitality. Because I’m clearly a foreigner, everyone wants to help me wherever I go. I had to go buy something at the store last night and the lady who helped me ended up giving me her phone number and inviting me to her home.”

“One way I’ve been seeing the Lord recently is as an adventure tour guide, and that just being a believer is full of joy and adventure, but safety, too. ... He puts together these adventures for all of us, but then in leading us on those, like a good tour guide, instead of just [saying], ‘OK, here’s your adventure,’ [he says], ‘Well, here’s an adventure, and I’m going to walk with you into it.’ I felt like that’s what this Fulbright is like for me.”