We Were All Born “Auschwitz-Enabled”

Many years ago, when I first started preparing for my book, Why Does God Allow Evil?, I began to study genocide because I didn’t want anyone to be able to disqualify me as not having really looked deeply at human evil. One day as I was reading about Japanese atrocities in the city of Nanking, China, in 1937, about a sickening rape or torture or murder after another, suddenly I was struck by the fact that horrendous evil is human. Those who do genocide are not inhuman monsters — they’re all too human. They are precisely human. Genocide is what the race of Adam does.

That realization led me to read one genocide researcher or genocide victim after another. I read about horrible tortures, rapes and mass murders. What cemented my belief that genocide is precisely human was that absolutely every genocide researcher and even genocide victim — to a person — agrees that it is the average, ordinary member of a population that commits genocide. I found no exceptions! Not one. We would think that the natural bias of the victims would be toward thinking their victimizers inhuman, but that’s not true.

In my teaching every semester in our master's program in Christian apologetics on why God allows evil, I assign our students the book Ordinary Men: Reserve Police Battalion 101 and the Final Solution in Poland by Christopher Browning. Browning concludes, “I could have been the killer or the evader — both were humans.” Similarly, sociologist Harald Welzer writes: “We are left then with the most discomforting of all realities — ordinary, ‘normal’ people committing acts of extraordinary evil. This reality is difficult to admit, to understand, to absorb. ... As we look at the perpetrators of genocide and mass killing, we need no longer ask who these people are. We know who they are. They are you and I.”

Holocaust survivor Fred E. Katz wrote that genocides are “carried out by plain folk in the population — ordinary people, like you and me.” And it’s not just other countries. Consider that in the United States, since 1973, we have suctioned, scraped or scalded to death 60 million unborn babies. Who keeps abortion legal? It’s ordinary people like you and me. No wonder that Auschwitz survivor Elie Wiesel concluded, “Deep down ... man is not only executioner, not only victim, not only spectator; he is all three at once.” Likewise, Aleksandr Solzhenitsyn, who suffered eight years in a Soviet gulag, asks:

Where did this wolf-tribe appear from among our people? Does it really stem from our own roots? Our own blood?

It is our own.

And just so we don’t go around flaunting too proudly the white mantle of the just, let everyone ask himself: “If my life had turned out differently, might I myself not have become just such an executioner?”

It is a dreadful question if one answers it honestly.

So I ask my students, if our lives had turned out differently, if we had never become Christians, if we had been born in a different society or at a different time, could we have been a guard in Auschwitz or in a Soviet gulag? There really is only one honest answer, and like it or not, we were all born Auschwitz-enabled. Realizing this, historian George Kren and psychologist Leon Rappaport wrote in The Holocaust and the Crisis of Human Behavior: “What remains is a central, deadening sense of despair over the human species. Where can one find an affirmative meaning in life if human beings can do such things?”

This knowledge transformed me in 12 different ways, but I can only mention four here. First, as opposed to not being able to find “an affirmative meaning to life,” this knowledge actually confirms the Christian worldview. Romans 3:12 and 15: “There is no one who does good, not even one. ... Their feet are swift to shed blood.” Genocide reveals that people easily kill.

Third, this knowledge unsettled my worldliness. As Kren and Rappaport continued, “If one keeps at the Holocaust long enough, then sooner or later the ultimate truth begins to reveal itself: one knows, finally, that one might either do it, or be done to.” That’s grim.

Finally, this knowledge increased my desire for Jesus’ return. I want Jesus to come back. Come quickly, Lord Jesus!

Clay Jones is an associate professor of Christian apologetics at Biola University. He recently authored Why Does God Allow Evil?: Compelling Answers for Life's Toughest Questions (Harvest House, 2017). He blogs at clayjones.net and can be found on Twitter at @ClayBJones. 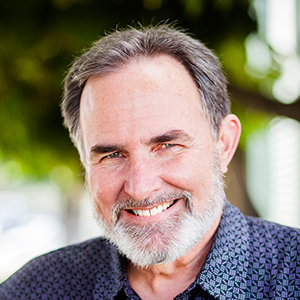