And new research tells us how to turn it around

Popular christian teachers, books, articles and websites have been ringing alarm bells about the loss of young people from evangelical churches in North America — losses even from some of the most devoted and conservative congregations. But few have gathered and set forth the numbers to show that this concern is much more than anecdotal. And if it’s true that significant losses are occurring, even fewer have done any research on what a primary cause might be, and still fewer on what might work to stem the losses and turn it around.

In this brief essay we try to answer three basic questions using the very best social scientific data at our disposal — including research done by the co-author of this article, Larry Barnett of the Next Generation Project (NGP). These questions are immensely important to the future of the Christian faith and the well-being of our young people:

Losses. The data show that compared to the 1970s, evangelicals now have two to three times the loss rate among young adults raised in their churches. Over the past 30 years, American Christianity has experienced substantial decline, especially, but not exclusively, among younger Americans. Those born after 1980 (millennials) are one- third less likely than their grandparents to be evangelical Christians.

The role of intellectual doubts. Research by the NGP and Barna Group have identified “doubts” as one of the primary reasons that millennials raised as Christians disconnect from Christianity. David Kinnaman has concluded that “unexpressed doubt is one of the most powerful destroyers of faith.” In three independent studies, NGP researchers found that doubts were associated with greater risk of leaving Christianity and with poorer spiritual health. Those with more doubts felt distant from God, prayed less frequently and attended church less frequently. The impact of doubts fully accounted for the higher drift- away rates among younger Americans, and doubt had a stronger impact on overall spiritual health than any other of several hundred factors examined.

The power of answering questions and addressing doubts. If intellectual doubts play that big a role, one would expect that effectively addressing doubt should produce stronger, healthier faith in their members. The most recent phase of research by the NGP puts this claim to the test and provides strong objective confirmation.

Apologetics is of the utmost importance. These three findings highlight the wisdom of the Apostle Peter when he commanded followers of Christ to “be prepared always to give an answer” (1 Pet. 3:15). The findings also make a strong case for the critical importance of apologetics for the church in the current generation. Doubts are everywhere. Almost all of us have them. And when not properly addressed, they can be spiritually disastrous. By contrast, faithfully answering questions and providing strong evidence for the truth of the Christian faith can have dramatic positive effects on the spiritual lives of others, especially our young people. 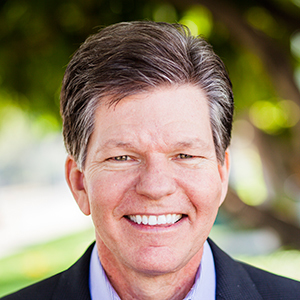