An Entrypoint for Entrepreneurs

With bold new initiatives like the Biola Startup Competition, the Crowell School of Business is equipping a new generation of innovators 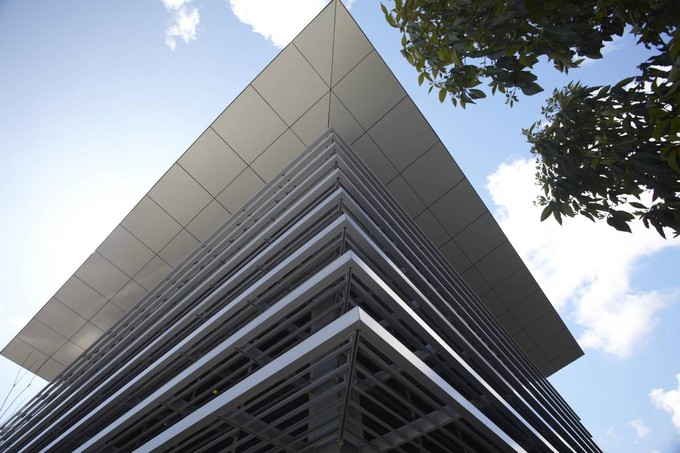 “What do you want to do for a career?”

It’s a question every college student faces at some point — and one for which a surprisingly high number of young people are landing on the same answer: entrepreneurship. In fact, a full two-thirds of 18- to 34-year-olds report a desire to start their own business someday, according to a 2014 survey from Bentley University. It’s no wonder that they’ve been called the “entrepreneurial generation.”

And yet, despite their career goals, studies show millennials are lagging far behind previous generations in actually creating their own businesses. When launching a startup, it seems many are finding that it’s easier to dream than to do.

Enter Biola’s Crowell School of Business, which in recent years has taken bold steps to help create and equip the next generation of Christian entrepreneurs. Through its innovative new Biola Startup Competition and a recently established partnership with Praxis Academy — a training program for young entrepreneurs — Crowell is fast becoming a leader among Christian business schools in the area of entrepreneurship.

“As a leading Christ-centered university and business school, we want to increasingly be a catalyst for entrepreneurial and ‘business as ministry’ activity and thinking, and a gathering place for like-minded business and social entrepreneurs,” said Gary Lindblad, Crowell’s dean since 2014. “Our goal is to equip the Christian community with an entrepreneurial mindset and toolbox, such that God can work through us to bless society.”

THE START OF SOMETHING

The Startup Competition, in particular, is playing a key role in generating new levels of excitement for entrepreneurship.

Now entering its second year, the competition is a hands-on way for students and young alumni from all majors — not just business — to learn what it takes to successfully start and run a company. The idea is fairly simple: Students and alumni form teams near the start of the school year, attend a series of workshops led by professors and business executives, and then submit an initial overview of their business idea near the end of the fall. The best ideas move onto the finals, where teams are matched with personal coaches who counsel them on how to develop detailed business plans and pitch their ideas to investors. In the late spring, the finalists present their ideas to a panel of judges and an audience of venture capitalists for the opportunity to win prize money to help make those ideas a reality — a total of more than $25,000 in the first year.

Along the way, participants learn how to overcome the challenges that keep many would-be entrepreneurs from ever getting their ideas off the ground, Lindblad said.

“The two main constraints that people face when starting a business are, first, access to capital, and second, know-how,” he said. “The Startup Competition really addresses both of those. We give them an opportunity to learn from experienced entrepreneurs and we give them access to cash prizes, venture capitalists and investors.”

The inaugural year of the Startup Competition was a huge success, Lindblad said, and helped to demonstrate the hunger among students and young alumni to turn their ideas into new businesses. The competition’s kickoff event drew a standing-room-only crowd and ultimately resulted in 29 teams registering to participate. Throughout the ensuing year, faculty members and business leaders offered their expertise and support, providing workshops on such topics as “Lean Startup Design Thinking,” “Writing an Effective Business Plan” and “Making the Pitch.” A network of over 20 Christian business executives served as judges, coaches and advisory board members.

At a daylong presentation and awards ceremony in April 2016, six finalist teams presented detailed plans for their proposed startups, ranging from a Moroccan rug business to a magazine for teenage Christian girls. The top prize — $15,000 in cash, a $10,000 legal services startup package from Brown & Streza, LLP, and an accounting services startup package from Nienow & Tierney, LLP — went to White Elephant Post, a startup aimed at helping students to get more money for their used textbooks. Worship Better, an online tool to help worship leaders select songs based on theological content and quality, won second place and $7,500. Third place and $5,000 went to House Account, a distinct approach to homeowners’ insurance.

Those prizes and the funding for the rest of the competition came entirely from outside supporters who believe in the school and want to equip a new generation of entrepreneurs, said Robert Harp, Crowell’s director of strategic initiatives.

“We have received overwhelming support from the Christian business community — financially and also from a ‘personal involve- ment’ perspective,” Harp said. “Christian executives serve as advisory board members, coaches and judges, and several organizations joined us as corporate sponsors. We have also reached out to the Southern California startup and venture capital community, with the goal of Biola being the ‘gathering place’ for conversation pertaining to Christ-honoring entrepreneurship on a global scale.”

The Christ-honoring focus is part of what sets Biola’s program apart. In contrast to similar competitions at leading secular business schools, the Biola Startup Competition approaches entrepreneurship from a distinctly Christian perspective, Lindblad said. Consistent with Crowell’s motto of “business as ministry,” teams are encouraged to approach their startups in a kingdom-minded way — understanding them not just as a means to make money but as a way to promote the common good and to honor Christ through hard work, ethics and service to others.

“Being a Christian in business isn’t just about making money and giving it to the church,” Lindblad said. “Business gives you connections and an ability to create things that serve society, and also gives you a voice to show the love of Christ in the workplace.”

This was a theme that was emphasized throughout the year, as judges and coach- es pressed students to integrate their faith into the process of creating and running a business. More than once during the final presentations, panelist and Bethesda Group founder Ronnie Andrews challenged teams to develop “big, hairy, audacious, God-sized dreams” and be willing to take risks that require God’s involvement.

For senior Matthew Lemieux, a member of both the first and second-place teams, the experience helped him to see how his love for entrepreneurship aligned with his calling as a Christian, he said.

“I have struggled with the idea that work isn’t ministry, but this experience has shown me that work is ministry,” he said. “Whether I am an entrepreneur, work for a company, or do ministry full time, the mission is the same: to make disciples of all nations through the gospel of our Lord Jesus Christ. My faith has grown through this and it has been one of the best experiences I have had at Biola.

Beyond the Startup Competition, Crowell has also built upon its leadership in entrepreneurship by establishing a partnership with Praxis, an organization that provides programs for faith-motivated business creators.

In August, Biola hosted 150 students from 50 universities across the nation — including Harvard, Princeton, Columbia, Yale, the University of Chicago and the University of Southern California — for the Praxis Academy Annual Gathering, a one-week intensive on the integration of theology, culture and entrepreneurship. It was the first time the event had been held on the West Coast.

“Hosting the 2016 Praxis Academy moved Biola University and the Crowell School of Business into the national spotlight as a Christian university committed to a Christ-honoring, entrepreneurial mindset,” Harp said.

During the week-long experience, students were led by the academy’s faculty — 30 entrepreneurs and thought-leaders — through talks, curated interviews and intimate roundtable sessions for an immersive learning experience, Harp said. In addition to the learnings, students built friendships with like-minded peers from around the globe, which Harp said he hoped will one day result in them starting ventures together from a shared-values perspective.

As a result of the success of the 2016 event, the gathering will return to Biola in the summer of 2017, this time with more than 250 students from across the country.

Jordan Perkins, one of 17 Biola students who participated in the 2016 gathering, said the event gave her the confidence to step out and pursue her ideas and connected her with a great community in which she could continue to grow.

“I was encouraged by the depth of character displayed at Praxis Academy,” Perkins said. “While each speaker had significant practical knowledge to share, the running theme throughout the conference seemed to focus upon the character of these individu- als, and how character breeds success.”

As dean, Lindblad said he’s encouraged by the exposure students and alumni are getting to entrepreneurs, both at the lo- cal level with the Startup Competition and at the global level with a larger network of like-minded believers through the Praxis Academy. Through these initiatives and through the school’s academic programs, he’s excited about the momentum being created for Christian entrepreneurship, he said.

“God’s doing something globally through innovation, through business,” he said. “We really believe that business can be used as ministry, that it is a great opportunity for expressing service. ... And we want our students to increase their vision of what’s possible. Out of all of the choices out there, we want students to say that they come to Biola as a unique destination because the vision that our students get here is so big, it’s God-sized.”