A History of Hardship

Haitians are proud of the fact that their country was the first black republic; slaves overthrew Haiti’s French control. But Haiti’s history is wrought with tragedy. Even with its shared liberty from slavery with the U.S., Haiti suffered much from what may have even been the U.S.’s good intentions. From an early U.S. occupation in Haiti to later economic initiatives that benefited U.S. corporations and nonprofits for doing business in Haiti, less than favorable situations were left for the Haitian people.

Throughout their history, Haitian leaders would arise, inspiring the people toward greatness but then would be soon replaced with brutal dictators who did nothing but damage to the Haitian nation. During times of oppression, professionals often fled the country, which caused further economic hardship. At other times, the Haitian people would rise up and protest.

In 1991, following years of brutal leadership, a popular priest named Jean-Bertrand Aristide was selected as president in a landslide election. Aristide ruled with the motto that human being are human beings, exposing a class divide that separated Haitians. But Haiti’s political turmoil continued, with Aristide ousted from power at one point and then returning to power a couple of more times. For years this back and forth has continued; elections are frequently postponed with charges of fraud and outbreaks of protest and violence.

Poverty is arguably one of the key factors that leads to the violence and instability of the nation. Even before the devastating earthquake in January 2010, many Haitians, particularly the poor, suffered from malnutrition. Following the earthquake, Haiti's problems ran even deeper than hunger. Many children were left without parents and many laborers were left maimed, unable to work. Clean water couldn’t be found and food was scarce. Schools, hospitals, roads and homes were destroyed.

While visiting my friend’s artisan nonprofit in Port-au-Prince a few months after the earthquake, we received a phone call from the workshop where men and women work crafting jewelry to sell in order to rebuild lives for themselves and their families. A pregnant woman was hurt. Someone upstairs had moved a piece of furniture and the sound had sent the entire floor of workers bolting out the doors, fleeing from what they feared was another earthquake. In the rush, the woman had run into a wall, fallen down and hurt herself.

The post-earthquake trauma was, and is, significant. Things were planted in the hearts and minds of Haitian people in those few minutes on Jan. 12 five years ago that can’t easily be explained, removed or solved.

The people of Haiti take pride in their heritage and in their nation. But the turbulent history of its leadership, which has left its people to poverty and malnutrition with inadequate training and education, has created an environment of discouragement for this little nation. Some members of communities leave Haiti and would rather forget the pain of their home than struggle to see it continue to fail. The poverty that is so prevalent leads mothers to give their children up in hopes that they might survive instead of die from starvation or disease. Desperation leads decent people to thievery and murder. AIDS leaves children to fend for themselves. Natural disaster leaves families homeless, able-bodied men maimed, women alone and children dead. It’s overwhelming. At least to me.

But as I’ve witnessed in my few short trips into Haiti, the Haitian people are not finished. Groups of educated, passionate people across Haiti are organizing teams and setting up plans to rebuild their nation. They aren’t done. The women who work as artisans through my friend’s non- profit laugh and sing as they toil away. They go home each day and feed their children, bathe them and put them to sleep. When someone is sick, they pray. With money they make, they help each other survive.

This is that resilience that we observed in the media coverage of the dire situations in Haiti. As we watched people pulled alive after days trapped in rubble, this is the superhuman spirit we continue to strive to understand. Yes, these people are human, just as Aristide argued. Rich or poor, they’re human all alike. But they’ve lived through things we can’t even imagine. And they haven’t just survived; they live. 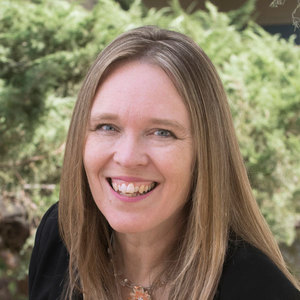