Biola volleyball players have long felt that Aaron Seltzer is one of the nation’s best coaches. And now it’s official.

In December, Seltzer was selected out of more than 200 volleyball coaches nationwide to receive the 2013 National Association of Intercollegiate Athletics “Coach of the Year” title, an honor that recognizes coaching success and leadership both on and off the court. Players credit Seltzer — who after 12 seasons as head coach is now the winningest coach in program history — with working hard to prepare them for matches, but even harder to prepare them for life.

“He helps me outside of volleyball, walking alongside me, always most concerned with my spiritual walk and maturity,” said Tara Rallis, a senior business major. “He is a great leader and mentor. Coach Seltzer will always be my favorite coach.”

The national coaching award, given by the American Volleyball Coaches Association, is just the latest of many achievements for Seltzer. He is also Biola volleyball’s all-time leader in coaching wins with 316, and has led seven different teams to the NAIA postseason tournament, helping Biola reach the sixth most wins in the national tournament all-time (51).

“My initial goal was to win and do well, but over the years it has developed more into what it is really about,” said Seltzer. “We need to find a balance between having a strong, successful program and understanding that we are Christians and the greater goal for us is spreading the gospel.”

He came to the university 12 years ago, earning his first full-time collegiate headcoaching gig.

“I remember meeting with him and liking his answers and how he conducted himself,” said Athletic Director Dave Holmquist. “I came out of our meeting confident that he would emphasize the right things and relate well to the women on the team.”

Since 2002, Seltzer has had a hand in shaping 64 young women’s collegiate experiences and spiritual walk. As their coach, he works with each player nearly every day from August through December each year, and remains in consistent contact throughout the entire year. This gives him a great amount of quality time to mentor and grow each woman in any way he can.

“He has always reminded us of our priorities: God, school, then volleyball,” said Amy Weststeyn, a junior journalism and integrated media major. “When we come into the program we all expect to grow in our athletic abilities, but I think the greatest joy is being able to grow in our faith and in other aspects of our life because of who coach is.”

This past season was the most successful of his tenure at the school, as he led the team to a berth in the NAIA National Championship match. Proof of the overwhelming difference between Seltzer and most other coaches is his pregame speech before the national semifinals. Rather than focus on athletics and strategy, he conveyed to his team that they simply needed to be thankful to God for the opportunity placed before them, and he encouraged them to be thankful in all areas of their lives.

“Our God has used coach to build such a unique and special program that keeps Christ at the center,” said Gracee Gallarda, a senior kinesiology major. “I have learned so much because one man decided to make a program that was different from the others, a program that stays committed to our Savior.”

This coach emphasizes that focus every day. Whether it is in recruiting, practice, an exit interview or an impromptu mentoring opportunity, he always aims to focus his players’ hearts and minds on God, and off themselves and their accomplishments or failures.

“He has been a good role model, teacher of the game, a good colleague and done everything the right way,” said Holmquist. “He has been great to work with in all respects.” 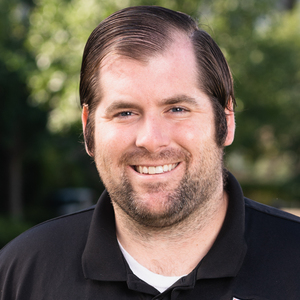