Fifty years after the author's death, why has "the next Lewis" remained so elusive? 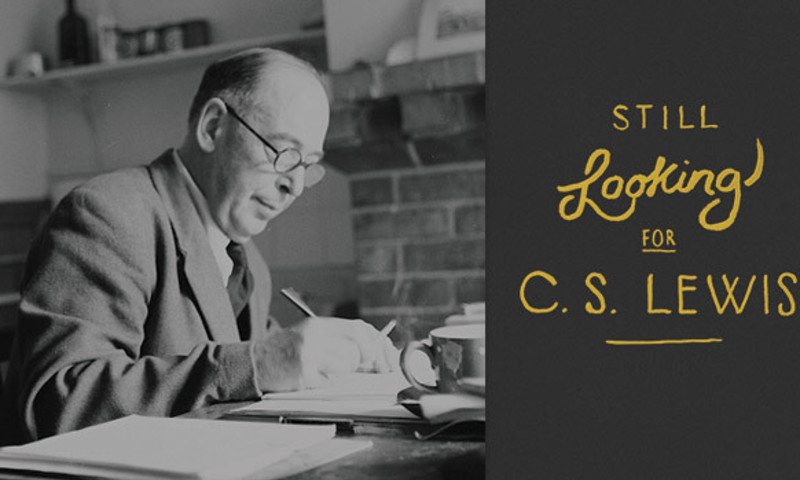 For the past nearly two decades I have been routinely asked, “Where are the C.S. Lewises of our day?” What they are asking is, “Who are the people that are doing for our generation what Lewis did for his?” In two decades I don’t remember ever being asked, where are the Augustines, the Luthers, the Bunyans, the Wesleys, the Edwardses, the Spurgeons, the Moodys or Chamberses of our day. Perhaps such questions have and are being asked, but they have not been asked of me. But this question is asked, and asked uncommonly often about C.S. Lewis. Why? In this year, the 50th anniversary of his death, why are we still hungry for more Lewis?

To answer this question I want to begin by looking at what Lewis achieved, and to help us get started I want to use two of the earliest, most insightful and liveliest assessments which, interestingly enough, came from the pens of non-Christians. In 1944, The Times Literary Supplement observed: “Mr. Lewis has a quite unique power of making Theology attractive, exciting and (one might almost say) an uproariously fascinating quest.”

Three years later in a 1947 six-page spread, Time declared Lewis one of the most influential spokesmen for Christianity in the English-speaking world, stating: “With erudition, good humor and skill, Lewis is writing about religion for a generation of religion-hungry readers brought up on a diet of ‘scientific’ jargon and Freudian clichés. ... [He] is one of a growing band of heretics among modern intellectuals: an intellectual who believes in God … not a mild and vague belief, for he accepts ‘all the articles of the Christian faith.’” The article finished by attributing much of Lewis’ remarkable success to his “talent for putting old-fashioned truths into a modern idiom” and giving “a strictly unorthodox presentation of strict orthodoxy.”

At a time when it was thought that Christian theology was dull and irrelevant, these two articles tell us that Lewis succeeded in a most remarkable way of making it attractive, engaging, even adventurous. More surprising yet is the suggestion that decades of materialism had by the middle of the 20th century helped create a thirst for something more than the doctrines of naturalism allowed, and that Lewis effectively and creatively tapped into this religious hunger by serving up “old fashioned” orthodox doctrines in fresh, unorthodox ways. No mean achievement.

According to historian Adrian Hastings in A History of English Christianity, to take a stand of faith in the middle of the 20th century “meant standing out against every single one of the giants of modernity, the prophets who had established the framework of understanding wherein which intellectual discourse, the whole modern civilization of the mind, seemed now established. ... The 1920s as a consequence, were the first decade in which the overturning of Christianity effectively achieved by the previous generation could be, and was, openly accepted as a fact of modern life.”

Theologians, moreover, are not known for their scintillating prose, and it is the rare layperson who possesses theological depth.

Lewis was one of the rare exceptions, as was Sayers was herself. Another sterling exception, and an enormously influential one on them both, was G.K. Chesterton.

Speaking of the importance Chesterton was to her generation, Sayers declared, “[Chesterton] blew out of the Church a quantity of stained glass of a very poor period, and let in gusts of fresh air, in which the dead leaves of doctrine danced with all the energy and indecorum of Our Lady’s Tumbler.”

According to The Times Literary Supplement and Time, much of Lewis’ appeal, like Chesterton’s before him, has been his ability to make Christian doctrine come alive and “dance” in a way that made its meaning and purpose clear. He wrote theology, in other words, in a way that made sense. Lewis’ aim was never simply to stimulate, but also to educate.

As Lady Elizabeth Catherwood once put it, Lewis “taught us how to think through a thing.”

But notice that The Times Literary Supplement and Time indicate that Lewis succeeded without having to compromise or dumb down the doctrines of the Christian faith to suit modern sensibilities. His heresy, they declared in rather amazed tones, was not some “vague belief,” for he accepted all the “old fashioned” articles of the Christian faith.

So in addition to Lewis’ remarkable ability to translate Christian doctrine into lively, jargon-free, accessible prose, he also succeeded in communicating its essential depth and substance, turning what had become for many a mere religious relic into a potentially potent spiritual reality.

Sayers paid tribute to both of these qualities in her review of Lewis’ book Surprised By Joy:

“Professor Lewis writes with delightful and humorous candour, and shows all his accustomed skill in translating complex abstractions into vivid concrete imagery. The limpidity of these waters may disguise their depth, so clearly do they reveal the bottom. But any illusion about this can be quickly dispelled by stepping into the river.”

Critical to Lewis’ approach was his belief that the intellectual and imaginative depth and social resilience of the Christian faith, and its ability to provide answers to life’s most persistent questions, was present in the doctrines common to all Christians. What all Christians share, Lewis was convinced, was “something not only positive but pungent; divided from all non-Christian beliefs by a chasm to which the worst divisions inside Christendom are not really comparable at all.”

“My only function as a Christian writer is to preach ‘mere Christianity’ not ad clerum but ad populum,” wrote Lewis. “Any success that has been given me has, I believe, been due to my strict observance of those limits. By attempting to do otherwise I should only add one more recruit ... to the ranks of the controversialists. After that I should be no more use to anyone.”

What Lewis did, if I may summarize, was to create a both rational and imaginative space where faith in Jesus Christ becomes plausible for those who do not believe, and where the faith of those who do believe can grow and mature. Behind this achievement was a personal discipline tethered to a clear sense of his own particular calling — mere Christianity. Lewis was convinced that it was this disciplined observance of keeping within the lines of “mere” Christianity that allowed him to steer clear of theological controversy and thereby create and sustain this spiritually fertile space.

The Time article in particular points us to another of Lewis’ notable, and perhaps most far-reaching, achievements: his “talent for putting old-fashioned truths into a modern idiom” and “giving a strictly unorthodox presentation of strict orthodoxy.”

Evelyn Underhill, writing to Lewis in 1941, captured the essence of this quality when she spoke of his remarkable “capacity for giving imaginative body to the fundamental doctrines of Christianity.” This achievement, J.I. Packer has observed, indicates that both lobes of Lewis’ brain, “left for the logical and linear and right for the romantic and imaginative, were thoroughly developed, so that he was as strong in fantasy and fiction as he was in analysis and argument.” And it is this rare combination, “that made him in his day, and makes him still, a powerful and haunting communicator in both departments.”

When looking, therefore, for another Lewis-like champion, we find ourselves bumping up against a rare combination of theological reflection and poetic imagination. To expect, therefore, the same unique combination is, perhaps, asking too much. But God never leaves his people without a witness and there are plenty of individuals who are today working creatively and engagingly on one side of the equation or the other there. I don’t believe I have any more insight into who these individuals are than anyone else, but clearly some of them live, move and have their being on Biola’s campus.

Christopher Mitchell is the newest professor at Biola’s Torrey Honors Institute. One of the world’s leading C.S. Lewis scholars, Mitchell served as director of the Marion E. Wade Center — a study center at Wheaton College devoted to the work of Lewis, J.R.R. Tolkien and five other British authors — from 1994 to 2013. He will be releasing a critical edition of C.S. Lewis’ The Abolition of Man with HarperCollins in 2014.