As an ambassador I’ve learned that everyday encounters are the bread and butter of my witness for Christ.

While giving a talk at a local Barnes & Noble, someone asked why it was necessary for him to believe in Jesus. He was Jewish, believed in God and was living a moral life. Those were the important things, it seemed — how you lived, not what you believed.

To him our message depicted a narrowminded God pitching people into hell because of an arcane detail of Christian theology. How should I answer?

Remember that the first responsibility of an ambassador is knowledge — an accurately informed message. What is our message?

That’s certainly true, as far as it goes. The problem is it’s not clear. Since it doesn’t give an accurate sense of why Jesus is necessary, it makes God sound petty.

So how do we fix this? Here’s how I responded to my Jewish questioner. I asked him two simple questions.

“Do you think people who commit moral crimes ought to be punished?”

He thought for a moment. “Well, since I’m a prosecuting attorney … yes.”

“So do I,” I agreed. “Second question: Have you ever committed any moral crimes?”

There was a slight pause. This was getting personal. “Yes, I guess I have,” he admitted.

“So have I,” I confessed, agreeing with him again. “So now we have this difficult situation, don’t we? We both believe those who commit moral crimes ought to be punished, and we both believe we’ve committed moral crimes. Do you know what I call that? I call that bad news.”

I was tapping into a deep intuition every person shares: knowledge of his own guilt. And I didn’t do it arrogantly or in an obnoxious, condescending way. I freely admitted I was in the same trouble he was.

Now that we agreed on the problem it was time to give the solution.

“This is where Jesus comes in,” I explained.

“We both know we’re guilty. That’s the problem. So God offers a solution: a pardon, free of charge. But it’s on his terms, not ours. Jesus is God’s answer because he personally paid the penalty for us. He took the rap in our place. No one else has done that. Now we have a choice to make. We either take the pardon and go free, or refuse it and pay for our own crimes.”

This approach reveals a very important sequence in making our message intelligible: First the bad news, then the good news.

There are other illustrations you could use to do this, but the sequence is critical. It’s the way any good doctor proceeds. And it was the consistent method used by the apostles. Take a look for yourself. In every one of the 13 times the gospel was preached in Acts, the disciples used the same approach.

Why is this technique important? Because it gives an accurate sense of why Jesus is necessary. It shows that God is not trivial, but merciful, not petty, but kind, graciously offering forgiveness to those who desperately need it.

Gregory Koukl (M.A. ’06) is founder and president of Stand to Reason and an adjunct professor in Biola’s Christian apologetics program. This article is adapted from a blog post at str.org. 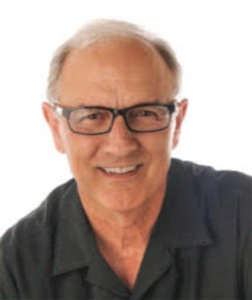 Gregory Koukl is president of Stand to Reason and author of Tactics—A Game Plan for Discussing Your Christian Convictions and The Story of Reality—How the World Began, How It Ends, and Everything Important that Happens in Between. He is adjunct professor in Christian apologetics at Biola University.