A great friend of Biola and of mine passed away on May 7, 2012. Rich Buhler (known as “Cotton” to those who attended Biola with him in the ’60s), a 1968 alumnus, longtime Biola champion and father of seven — almost all Biola grads — lost his battle with cancer. I know he was celebrated into what I am sure must be a wonderful, heavily bejeweled, heavenly home. Rich’s work through the years with Biola and the alumni office as a media voice and volunteer have left a mark on many of us who were touched by his care for people and his love of God. Thank you for serving Biola, Rich.

Many of you may remember his radio ministry, “Talk from the Heart,” where he would amaze listeners with insights from Scripture and life that would encourage and challenge. But his history in radio goes back more than 40 years to early news radio days where he gained a love for broadcasting and the microphone. And wow, could he work a microphone. With a quick wit and tender heart, he developed a listener base of hundreds of thousands across the country. Thank you for your radio ministry, Rich.

Rich and his wonderful wife Diane were recently recognized with the Biola Media Founders Award as one of the eight original founding members of the Studio Task Force. This group first gathered in 1992 to advance Biola’s award-winning cinema and media arts department (then called radio, television and film). In a meeting in early 1992 with Rich and Tom Nash, then RTF department chair, we asked Rich if we should close the program down, because it was so difficult with limited resources to get Christian students prepared to succeed in Hollywood. Or, we asked, should we bring together a group of media friends to change our program from within? Rich loudly proclaimed (in the quiet little restaurant!), “We need more Christian graduates in the media. Let’s start a task force and I will be your first member!” From that meeting came the creation of a task force of more than 300 media professionals who have changed Hollywood for Christ, as well as the lives and training of our students and graduates. Thank you for your vision, Rich.

When Rich was diagnosed with cancer, now nearly a year and a half ago, a number of his friends from Biola, led by pastor and good friend John Coulombe, decided to host a memorial service for Rich while he was still alive. A unique plan for sure, as Rich spoke the words of Mark Twain that evening: “The rumors of my death have been greatly exaggerated.” When it was announced that Rich would be remembered in this way, his friends from years of radio and ministry began to provide innumerable stories about how he had made such a huge difference in their lives. The event itself was put together in less than a week and was attended by more than 1,000 people, with many traveling across country and many others sending messages from around the world to thank Rich for his ministry. It was an evening of humor and emotion, with not a dry eye in the auditorium. Thank you for your humor and passion, Rich.

Later that year, Biola historian Ken Bascom and I were able to interview Rich for a few hours at his home on video. He recalled his early radio experience, and Biola memories of presidents Sam Sutherland and Richard Chase, Christian radio pioneer and friend Al Sanders, and countless faculty, staff and students who had spoken into his life. We are glad to have those memories preserved for future generations of Biolans who need to know the heritage of those that have come before.

That is why I write this article today. For those yet to come: Thank you, Dr. Buhler, for your legacy of Biola support and encouragement. May generations of others follow your example in serving Christ’s kingdom, fellow believers, and Biola University! We love and miss you, Rich. 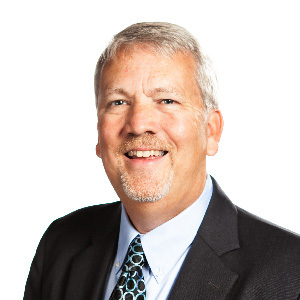