Self-Deception by Means of Procrastination

Beliefs are sometimes demanding. Often they break in on us unexpectedly and take to ordering us around like uninvited tyrants. One minute we’re happy about our business. The next minute, we find ourselves with an uncomfortably demanding belief.

This tyrant takes office and issues an imperative with such compelling force that we’re unable to look him in the eye and say “no.” While the tyrant will have nothing of direct defiance, though, he can often be appeased by the promise of deferred obedience. If we promise him obedience later, he’ll often take the bait. And if we put him off long enough, he might just go away.

“These images seem a little PG-13 for a church service,” he thinks, as he half deflects his gaze from the screen. The multimedia presentation unveils the lives of children in the inner city — abandoned or living under the “care” of drug-addicted, homeless parents. This particular slide presents a young girl (is she even a teenager?) with a muddy face sitting in what looks like a gutter. The voice behind the image says that she was selling drugs (and worse) to support herself and her younger siblings.

After about 10 minutes, the multimedia presentation ends (mercifully) and a couple in their 40s takes the stage. They say these children are everywhere. We drive past them every time we’re anywhere near the city.

The woman explains with tears in her eyes how she and her husband have abandoned “normal life” in order to be Christ for these abandoned children. Whatever time is not spent embracing, feeding, loving and providing health care for these children is spent in front of church congregations like ours. They invite the congregation to pray for them. It’s a sincere invitation. But everyone knows they need our money.

As he so often does with such passion, grace and humility, Pastor Doug exhorts the congregation to stretch out in generosity toward these dear folks who’ve given up everything for the sake of “pure religion.”

The tyrant has taken office. These beliefs are demanding. What kind of a wretch would he be to say “no”? He can’t take seriously anything other than the intention to give to this cause.

But he stops short of actual obedience. He doesn’t have the cash. He could write a check. But didn’t his wife just purchase an airline ticket out of that account? Does it have $100 in it? If he overdraws his account, there’s a $7.50 fee. Then again, maybe there’s more in the account than he thinks! Maybe he can give more than $100! He’ll get online after church, check out his finances, and make a contribution. He picks up the prayer card on his way out of the service so he’ll know where to send the money.

Next thing he knows, it’s Wednesday. Driving to USC for a meeting, he remembers the presentation at church. Somehow, the beliefs don’t present themselves as forcefully now. It’s a good cause, of course. But there are millions of good causes. He’s not a stingy person. He’s given (and he’s currently giving) to plenty of good causes. Still, when he gets home tonight, he’ll contribute $100.

His next conscious thought of the ministry occurs about a year later. He’s writing a book on self-deception and he’s searching his memory for illustrations of self-deception by means of procrastination. Interestingly, he’s not wracked with guilt over not having given. He should have given, to be sure. But he’s not a moral wretch for not having given. Certainly he’s not been inhumane — a little careless, maybe, but not inhumane. The tyrant is gone.

Often our strongest moral beliefs will diminish or even disappear if we procrastinate acting on them. So whenever a moral belief moves in and demands uncomfortable action, life offers us a deal. Agree to act on this belief … but not now. Agree with yourself to act on it later. Procrastination will cause the belief to wane in strength. And if you can put off action long enough, the belief (together with its particular opportunity for obedience) might disappear altogether. 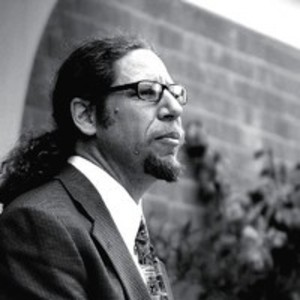 Gregg Ten Elshof (Ph.D.) is Professor of Philosophy at Biola University. His areas of interest include metaphysics, epistemology, modern philosophy, and Confucianism. He has published articles in numerous journals, including Midwest Studies in Philosophy, The Modern Schoolman, International Studies in Philosophy, and Christian Scholar’s Review. He is the author of books, including Confucius for Christians (2015), I Told Me So: Self-Deception and the Christian Life (2009), which won Christianity Today’s 2009 Book Award, and his most recent, For Shame: Rediscovering the Virtues of a Maligned Emotion (2021).