My Return to Vietnam

When I was just 19 years old I was sent to fight in the war that was raging in Vietnam. It was 1968 and the war was at its peak. For the first time in history, cameras recorded daily footage of battles that appeared on the evening news back home. The daily death count of Americans was rising at an alarming rate.

I had just finished a year of training and received orders to join the 173rd Airborne Infantry Brigade, which was in the center of some of the fiercest fighting. I left the comfort of home in Pismo Beach, Calif., and within 72 hours I was with my unit in the mountainous jungles of the central highlands of Vietnam.

I had received some of the best training available, so I went into Vietnam scared, to be sure, but also pretty cocky as a well-trained paratrooper. I left Vietnam a year later more scarred than scared. The majority of the cockiness was gone. Regardless of how well one is trained, when on a search-and-destroy mission in jungles or rice paddies, one’s life can be taken in an instant. You aren’t completely in control.

As I returned home to Pismo Beach, I was a different person. Lynne Melia, a young lady I began dating, who would later become my wife, commented often that I was an old man in a young man’s body. I had difficulties relating to people because that year in combat had made me wary, suspicious, untrusting, angry and mean. And I retreated into a variety of unhealthy lifestyle choices.

But through the grace of God, one year after my return from Vietnam I met Jesus Christ, who became my very personal God and Savior. Some things changed immediately, like certain lifestyle choices. Other things took much longer to change - particularly my anger and ability to trust people. Lynne and I married a year after I became a believer, and she would wake me to calm me down from nightmares, or be a calming source during the day when something unexpected would trigger a flashback to the war. She was, and is, the most important person that the Lord used in my life to help me in my recovery.

And “recovery” is indeed the appropriate word. It took a long time to come to the place where I could consider myself healthy emotionally and relationally.

Recently I had the unexpected blessing of having that healthiness confirmed. I was invited by the Christian television program Day of Discovery to return to Vietnam to take part in the filming of a documentary that is intended to help veterans returning from war recover from posttraumatic stress disorder (PTSD). We especially want to help those currently returning from Iraq and Afghanistan. Another veteran, Phil Downer, and I had the cameras follow us as we retraced our battle experiences and recounted our recovery from the trauma of war. It will be televised early in 2010 throughout the United States and Canada, and a series of DVDs will be distributed worldwide to help veterans in their recovery.

It was a wrenching experience returning to the sites of some of the battles that I had experienced when I was a 19-year-old young man. It was extremely difficult reliving battles where I had lost buddies with whom I had developed deep relationships in the day-to-day horror of war. But it also struck me - more deeply than at any time in the last 40 years - that I am today a relatively healthy person. I say “relatively” because I still have areas of needed growth. But I saw so clearly how God has been at work in my life, and I could look into the cameras and say with quiet assurance to any veteran that there is help to be found in the power of the Spirit and in a relationship with Jesus Christ.

When we are 19 our entire life stretches out before us. We can’t see too far into our future and know what impact the events of our youth will have upon our later life. My recent return to Vietnam was a blessing as I was able to look back and see clearly how God has been at work in my life in the last 40 years, helping me to recover from the trauma of war and leading me into the unimaginable blessing of being a Christian professor at this wonderful place called Biola University. And hopefully I can be a testimony to young men and women returning from their own traumas of war and help them follow the lead of Jesus to recovery in their lives. 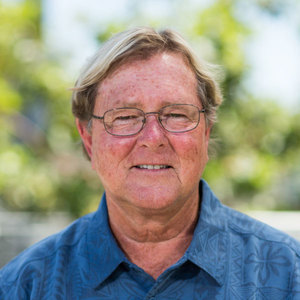