Why Do Bad Movies Get Made?

I’ve often been asked by students how bad movies get made. Why, for example, does a movie with huge potential — an A-list cast, large budget and good concept — flop?

To answer that question, we need to look at corporate culture. In Hollywood, a studio executive is under enormous pressure to make money for the studio and its shareholders. One of the ways that happens is when the executive can find a major star, producer or director who is attracted enough to a studio to make a deal committing several feature films to that studio. M. Night Shyamalan, for example, made three successful films, The Sixth Sense, Signs and The Village. Because of his signature style of filmmaking, Walt Disney Studios dangled a nice financial carrot to keep him on their roster. Yet, Disney, in a rare move, severed ties with Shyamalan when it passed on producing his most recent film, Lady in the Water. In reply, Shyamalan commented that, “Disney no longer valued individualism.” However, Lady in the Water did poorly its first weekend in release, which gave Disney executives some boasting rights. Now, Warner Brothers, who courted Shyamalan, will have first crack at his other films because they are betting on him to succeed down the road.

The same thing happens with actors. A studio executive wants to make a deal with an actor and — instead of just signing that actor to one picture — will give him or her a production office on the lot and a three-picture deal. Since that actor owes the studio films, the actor may commit to a script simply to fulfill the contract.

Another reason bad films get made is because someone, who may not necessarily be qualified for specific work, happens to be in the right place at the right time. Many years ago, over a weekend, I was helping a president of well-known production company move furniture to his new offices. When he found out I had a graduate degree in film, I was named vice president and head of development for the firm. I started Monday with a private office on the top floor of a Hollywood high rise! In the same way, people less qualified have risen to high ranks in the industry simply because they were positioned at the magical place at the right moment. I have seen numerous deals like that go through, where people get brought into a project because they were at a lunch meeting with someone who recommended them — no questions asked about their credentials. (A good used car salesman with very little talent can make it.) Given this, it’s easy to see how a bad film could get made.

Generally speaking, it is said that a good script is needed to make a good movie. Yet, many studio executives do not read the scripts submitted, so they depend on notes from script readers — usually college-age interns — who jot down the good and bad points of a screenplay. The studio executive then talks to the director or producer as if he or she has read the screenplay but, in reality, has only relied on the “Cliff Notes” made by an intern. When a studio gets serious about a project, usually the producers and studio executives spend time reading the scripts to make a final decision.

Sometimes, when celebrities want to make big purchases — perhaps buy a beautiful villa in Tuscany or a private airplane — they will have their agents call studios and let them know of their availability to star in, say, Tidy Bowl Man. Their big advances will arrive shortly. They will buy their villas. They will make the films. The films will flop, but by then they are eating olives from their estate and all is well in their world. 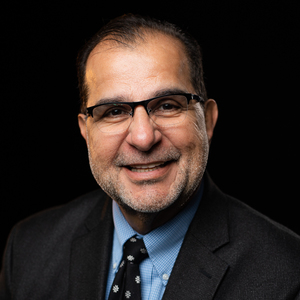