Getting Involved In Mock Rock 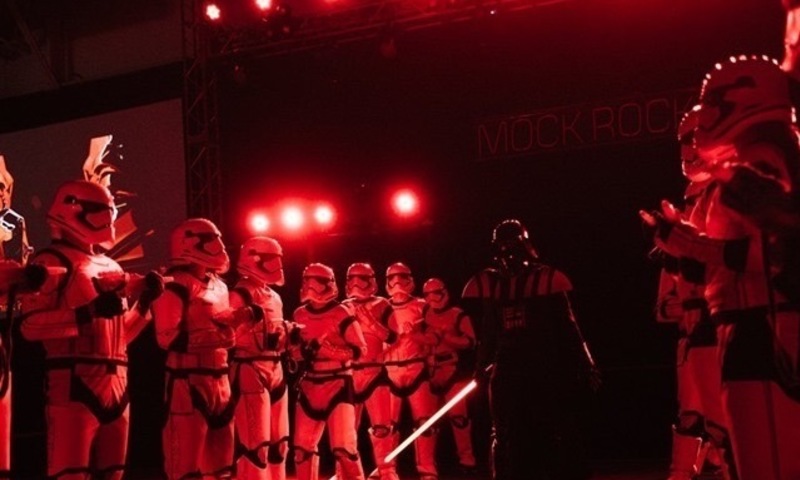 I came into Biola as a freshman with a mission: I wanted to be on a Mock Rock team. Now, freshmen typically do not enter into Biola already knowing what they want to do. In fact, it is highly encouraged to try different things and learn about what you want to be involved in! However for me, I knew that one of the things I needed to be involved in with Biola was Mock Rock; and so on my first day of orientation, I actually asked my orientation leader minutes into meeting him how I could get on a Mock Rock team. Great first introduction.

But, I do not want to freak you out. There are endless amounts of things that you can be involved with at Biola, and for me one of the main ones just happened to be Mock Rock! From whatever your passion may be to whatever you want to learn more about to maybe even uncovering a passion you did not even know you had, we have a place for you. From intramural sports of all kinds, to doing ministry through the Student Missionary Union, planning and executing events for the school through the Student Government Association, hundreds of clubs ranging from academic clubs to sports clubs to game clubs to food clubs to really-any-random-interest-you-may-have-clubs, to being really involved with the professors in your major, to having a job on campus, and really anything else, I would highly encourage you to get involved with SOMETHING. And I know for me, one of those Biola “somethings” was Mock Rock.

So you may be wondering what Mock Rock even is. For starters, it is a lip syncing and dance competition where teams of anywhere between forty to eighty students come together, create an extensive and elaborate ten minute story, work on it for the entire spring semester, and then perform it in front of the whole school. There is a winner, who receives nothing but bragging rights and Biola fame, and it may seem like the weirdest thing ever, but it is actually really, really cool and a HUGE deal here at Biola. And as a dancer, yet also someone who wanted to try something new, be involved, and meet new people, I knew that Mock Rock was a must. Every year there are six Mock Rock teams, and most of the teams stay consistent with the leadership getting passed down year after year, yet other teams come and go. Essentially, if you want to be on a Mock Rock team, there is a spot for you.

So, back to that orientation leader. Turns out he was one of the leaders for the Mock Rock team called Men of Honor, a floor of guys in Horton who really cannot dance, yet come together and invite girls on their team and make a Mock Rock, and they had been doing for eleven years. Throughout the fall semester I got to know a couple of guys on the Men of Honor floor, and I was invited to be on their Mock Rock team for the upcoming semester. Needless to say, I was STOKED. I did not know exactly what I was getting myself into, but I was so thankful and excited. Practices started in January, and to begin with we practiced twice a week for three hours at night. Pretty instantaneously, I felt as though I had found a community unlike I had ever experienced before. I was surrounded by a brotherhood who loved me for who I was and supported me. Something unique about Men of Honor’s Mock Rock team is how intentional they are with the members of their team. Since all of the boys on the team all live on the same floor and already know each other well, they are very intentional about getting to know all of the girls on the team and inviting them in.

My freshmen year, Men of Honor (MOH)'s Mock Rock was called A MoHment Like This and it was a classic Biola love story, including all of the cliches and jokes that come along with Biola dating. With that came a significant amount of throwback love songs from the middle school days, so we were all thriving. I was actually chosen to be the lead in this and it was a huge honor. We did not end up placing, but it was the greatest experience I had at Biola that far. I had developed the closest friendships and relationships with others that I would not have had otherwise, while doing something that I love, which is dancing, in front of our whole school. Because I loved it SO MUCH, I knew I needed to come back next year for Men of Honor, not just as a dancer and participate, but as coach and choreographer.

I was asked to coach and choreograph my sophomore year for Men of Honor, where we created a Star Wars Mock Rock. Did I know anything about Star Wars before we began planning for Mock Rock? Nope. Do I really know anything now even though I worked on a story for eight months? Not really, but I love it. Leading a Mock Rock was a large time commitment, including storyboard planning, music finding, and choreographing during the fall semester, and coaching, teaching, and having it all come together in the spring semester. Oh and if I thought that I loved Mock Rock my freshmen year, I did not even know what was coming for me. I did not know I could love being a part of something so much. Being a choreographer for Men of Honor was the greatest experience I had at Biola, maybe even in my life. I LOVED IT. From having deeper relationships with the boys on the floor of Men of Honor, to having a lot of my closest girl friends join the team, to encouraging and empowering individuals who had never danced before that they could have the confidence and the ability to try something new, and to make memories that will last a lifetime. And guess what. WE WON. That night was truly the greatest night of my life. I could not have been more proud or thankful for my team, and I know that we will treasure it for the rest of our lives.Through all of the late night to early morning practices, tired and sore bodies, coaching others who have never danced before, overcoming fears, and creating the closest and most special community I have ever been a part of, Mock Rock has been and continues to be a blessing. Thank you Jesus for Mock Rock. 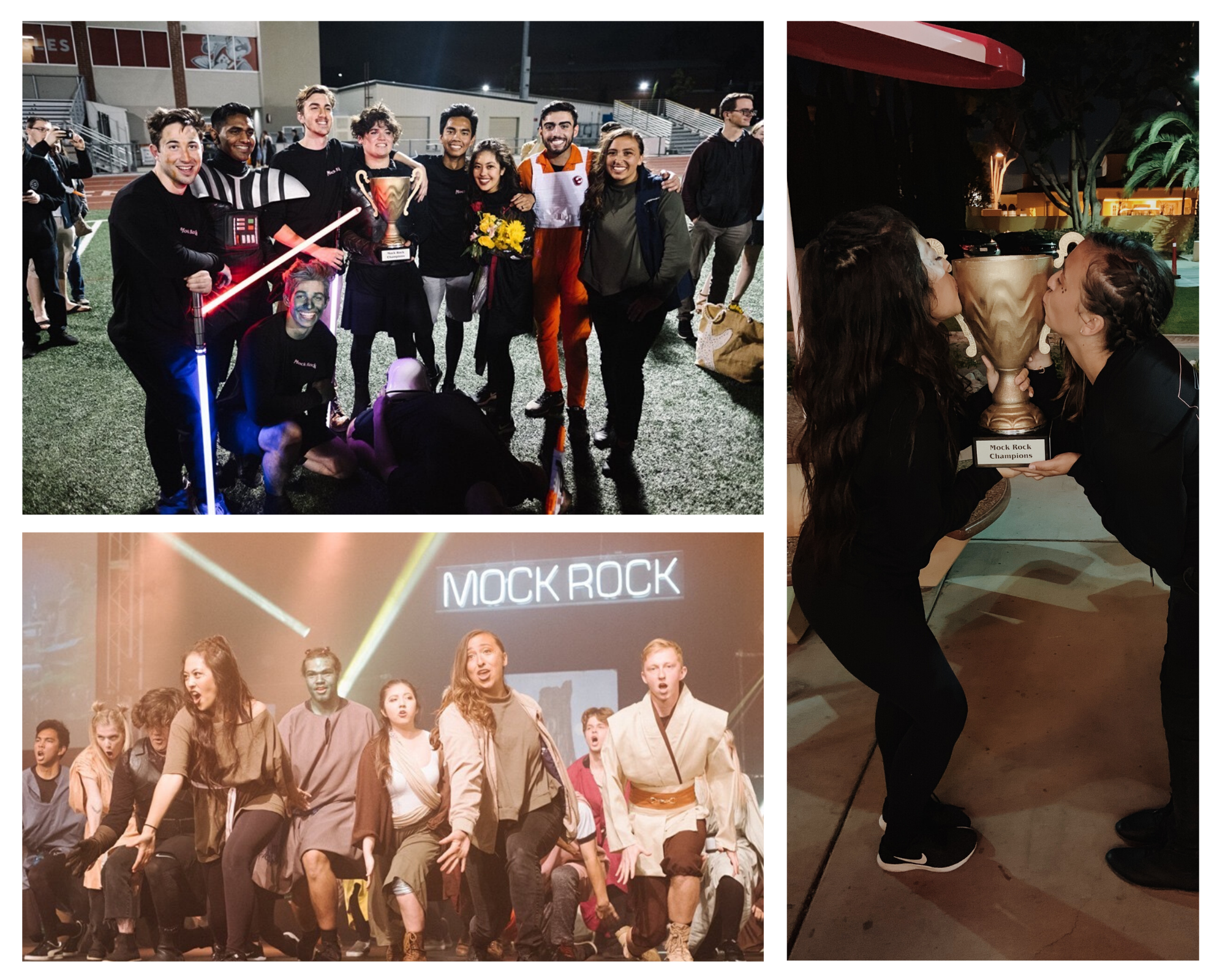 Maybe your story at Biola or in college will be like this, where you instantly find something that you love and completely invest in it. Or maybe it will be harder and you need to spend a little bit more time exploring. Whatever it is, the Lord holds you and He has a community for you. If I could encourage you with something at Biola, or wherever you may end up: find a way to get involved and to meet people. Invest in a community and you will be amazed to see what happens. Find something that you are passionate about and your heart longs to do. You will also learn so much about yourself. Mock Rock may just be a dancing and lip syncing competition for a bunch of non dancers, but for me it was an opportunity to serve the Lord through by encouraging and empowering others, as well as finding the closest community I have ever been a part of. And it stirred my heart. Get involved wherever you are, and find something that stirs your heart. You’ll find it. And I cannot wait to see what happens.

In case you wanted to watch!

Not Good at Goodbyes