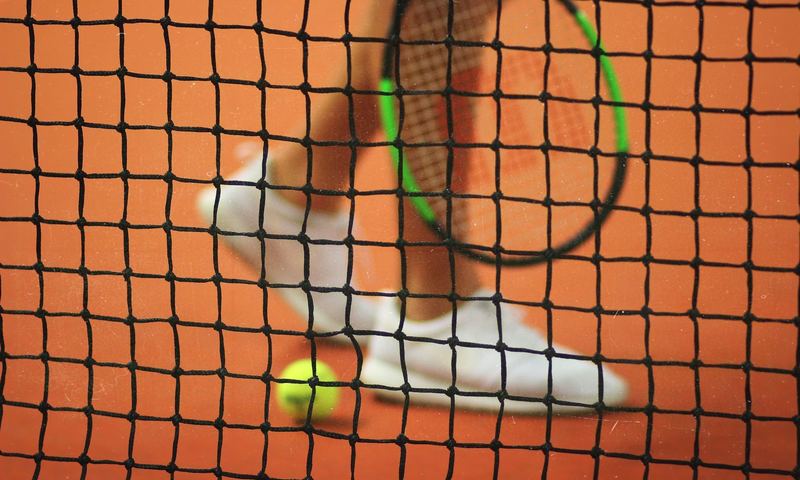 Hey guys! Hope you all are doing well. I’m super excited to share this blogpost with you guys because I have been wanting to do it for so long. This post is an athlete feature about one of my friends, Colbyshae, and she is on the tennis team. I interviewed her about her life at Biola and how it is being a student athlete.

How has your overall experience been so far as a student athlete?

It’s been really good, very busy because I have to manage school and 3 hours of practice. But I really like my team and I have enjoyed it so far.

How has your experience been at Biola so far, as a freshman?

Everything has been fun! The first two weeks were so busy because of orientation stuff. But since I’ve gotten to start practice and all my classes started it has been manageable.

How have you managed practicing three hours a day and also managing your work?

Before Biola I could do my homework whenever I wanted. But since I came to Biola I have had to set away time to my work - for example setting aside an hour or so to work on a paper. Has joining the new team been hard?

No, they are all really nice. During the first two weeks of school we did stuff together, we went to the beach multiple times and went to someone’s house one time. We have spent so much time together and it’s nice because you just have instant friends. Spending time with people 15 hours a week you just become really close to people.

How has the transition been from high school tennis to collegiate level tennis?

For me, I didn’t play high school tennis, just my freshman and sophomore years. I just competed in tournaments around the LA area and my dad coached me. So before I wasn’t really on a team but now I am. It’s different having a team support you playing by watching you and cheering for you verses just your parents coming to your games. But I love it so much better, I love being on a team and all the support that comes with it.

Since I am not used to playing on a team, I have had to completely change my mindset, it’s not just practicing for myself but it’s an overall team effort when we practice to better everyone.

Do you have any other tennis players you look up to for inspiration?

When I was younger, I basically wanted to just be exactly like my sister. When you start in tennis you start out with two hands on both sides for forehand and backhand. And when she switched to one hand on her forehand side, I also switched. I was basically just her twin and followed her around on the court and she was who I looked up to. She used to play at Fullerton and now plays for Liberty University in Virginia.

Specifically, I’ve gotten used to the faster pace of the ball, a big serve, splices, drop shots, and overall just running around everywhere. Because I have learned to play like this it makes me a more competitive player which ultimately makes me a better tennis player. How do you prepare for you match?

I listen to music and try not to let my mind wander, I need to be in a really good mood. In tennis especially, I try not to focus on who you are playing because then you can psych yourself out. During the match itself, I particularly don’t like to sit down. Also people on my team tell me that I am silent while I play. I don’t say a word. It’s so different from some other people on my team who get really hyped up and super excited on the court but I am just dead silent but that is just how I play.

Also, during the game I have to chew gum. I feel like over time it has become a ritual for me. If I don’t chew gum during my game, it bothers me. I don’t wanna say it’s a superstition but it probably is!

What are you looking forward to this upcoming season?

I’m really looking forward to season. Off season is weird to me because we don’t play many matches. During season it will be so busy but I’m super excited to play with my team and try to win a lot of matches. I’m super excited to travel with my team and get to hang out with them on and off the court. And I’m also excited for us to try to reach our goals that we set in place at the beginning of the season and hopefully make some history at Biola!

Would you suggest playing a college level sport to anyone who is interested?

Maggie is a sophomore Public Relations major hoping to go into the fashion industry. She is from Orlando, Florida and loves that she gets to have a bi-coastal experience while living in California for a majority of the year. In her free time, she loves to drive with friends along the PCH and she loves finding and trying out new coffee shops in the area. Maggie also delights in writing for her own fashion blog about the newest styles and trends of the season and loves getting inspiration from LA street style. If you ever see Maggie around campus make sure to say hi! She loves getting to know new people, sharing about her Biola experience, and moving across the country.

When Risking it All Really Isn’t That Risky

Finding the Gospel in Christmas Music

Ethan's Day-to-Day as a Math Major!