And They Were Roommates 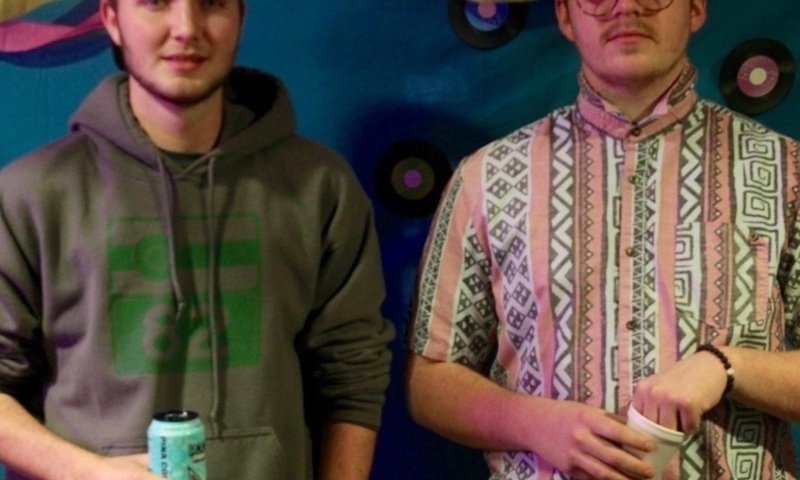 Move in day for Biola University was upon me. I had been placed with a random roommate from the Biola Housing Application. We had minimal communication over the Summer before our school year had begun. We spoke of video games and movies, trying our best to find things we could relate to.

I still had no idea what this guy even looked like.

I was with my family moving in my belongings when I met Jake. He was funny, friendly, and a total cowboy - something I grew up around but never expected in Southern California. Little did I know that he would become one of my closest friends these past three years. We were random draws in the housing selection and we have stuck it out together for our time at Biola. We were a complete success story.

Not all things were perfect between us. And because of this, I just wanted to share with all who may read this that there is a possibility of struggles and quarrels between roommates. I emphasize "possibility" because everyone is different. Some roommates mesh perfectly and will never see one day of difference and fighting. Others may not get along at all and require to switch rooms.

Either is OKAY and NORMAL.

My advice will be how Jake and I overcame our differences as roommates and hopefully they can be applicable to you if the situation ever arises. Jake and I are both Communication Studies majors so, I mean, hopefully we would’ve been good at settling situations. But, my first point is that communication is single-handedly the most important aspect of problem solving. Granted, Jake and I were very stubborn and angry in our first arguments. Not much was accomplished because our lack of good, healthy communication. As we matured, so did our communication with each other. The more graceful our conversations became, the more we were able to get things accomplished between us.

The other thing I believed to be helpful is to engage every situation in mindset of love and positivity. This seems somewhat obvious but when Jake and I approached situations to understand and love each other better, it made all the difference. When we no longer tried to best each other in arguments but wanted to seek what was best for each other, I must say that problems decreased entirely. Maintaining maturity is key as well, as nothing ever can be solved in petty quarrels with no good state of mind. Also, getting food or ice cream together afterward isn’t such a bad idea either.

Overall, as I mentioned before, roommate struggles are common although they may not happen to all. Whether it be over things such as whose turn it is to take out the trash and do the dishes or over deep theological and political arguments, be mindful and approach in love. It’s more than likely going to be different for all different types of roommates. You’ll get to know what you both like and don’t like. You’ll be mindful to avoid doing the things you know would cause a problem. These are the people you’re going to do life with. It’s important to know, understand, and be their friend. Your roommate may just become like a brother or sister to you.

Max is a junior communication studies major from Redding, California. He loves the colder months of the year where the more layers, the better. Max loves ice cream. Cup or cone, you name it. A fun fact about him is that he chipped both of his front teeth. Make sure you say hello and offer him ice cream if you see him around campus!