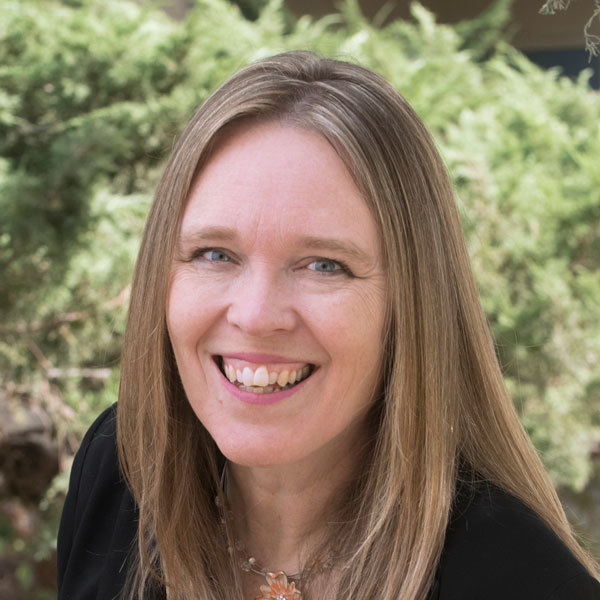 Professor Tamara Welter brings an unusually helpful perspective to the journalism and public relations classrooms, blending insights gained from her professional experience with knowledge and understanding of the academic life. Professor Welter carries a firm commitment to integration of faith and craft and strives to challenge students not only academically and professionally but spiritually as well.

Having worked for print shops and ad agencies as a typesetter during college, Professor Welter trained the summer before her junior year in what was the emerging desktop publishing field. During the following school year she trained the campus newspaper staff to use desktop publishing for the first time, moving them from typesetting and paste-up to digital production. It was this preparation that took her into digital design production as she pursued her master's degree and freelanced as a photographer and designer in Virginia.

Her career led her through design into the world of marketing, serving as Director of Marketing for a computer and networking specialty company that worked with military, government and large corporate customers for the last eight years of her corporate career. She oversaw publication creation, press interactions, customer retention planning and strategizing, advertising, promotion, vendor relations, software and product training, ISO qualifying and monitoring and more. During this time, Professor Welter also worked as the volunteer Media Coordinator for an international non-profit, traveling to training events, organizing promotional presentations and redesigning training material.

When their third child was on his way, Professor Welter and her husband joined a ministry to military youth and lived in Iceland for the next two and a half years. Professor Welter contributed to the ministry of the missions organization with her areas of expertise, handling all promotion and publicity for the ministry as well as other Chapel programs on the Keflavik base. She first began teaching at a college level during her time in Iceland for the Keflavik branch of the University of Maryland Europe. She was also trained and certified in UMUC's online program, developing strategies for excellence in online teaching, and taught classes for students throughout Europe. This training has been useful in recent years as she has helped to develop online strategies for her department and been part of advising strategies for online efforts across the Biola campus.

After several semesters teaching as an adjunct professor at two southern California universities, Welter was invited in 2005 to serve full time in Biola's Journalism and PR department. Welter's areas of focus for the department are Visual and Cross-cultural Media. She also serves as faculty advisor to the award-winning The Point magazine and to the Narrative Book Projects (both locally and internationally).

Professor Welter's dissertation for her Ph.D. focused on how culture influences the reading of meaning in images. Her research has taken her to Mexico, Haiti, The Dominican Republic and Indonesia. She also leads trips with students to many of these same places for the Narrative Media Projects and Kids with Camera experiences.

Professor Welter has presented research for various academic conferences and universities including international presentations in Indonesia and at the largest university in the Dominican Republic. She was hired as a guest lecturer at University of Pelita Harapan in Indonesia for a summer term. Professor Welter has also led efforts to develop a self-sustaining Visual Media Program in Haiti to train students to tell the stories of Haiti in a way only they can. The first class of teachers will complete their cycle of courses within the next year and begin to either work with this new skillset or teach those skills to another group of students, carrying on the school themselves.

Professor Welter was selected in 2015 to serve as Chair for the Department of Media, Journalism and Public Relations at Biola University. She and her husband live in Buena Park with three teenagers (Matthew, Catherine-Leigh and Beren) and a five year old, Emma, whom they adopted in 2014. They enjoy the Disneyland and Knott's Berry Farm fireworks regularly.