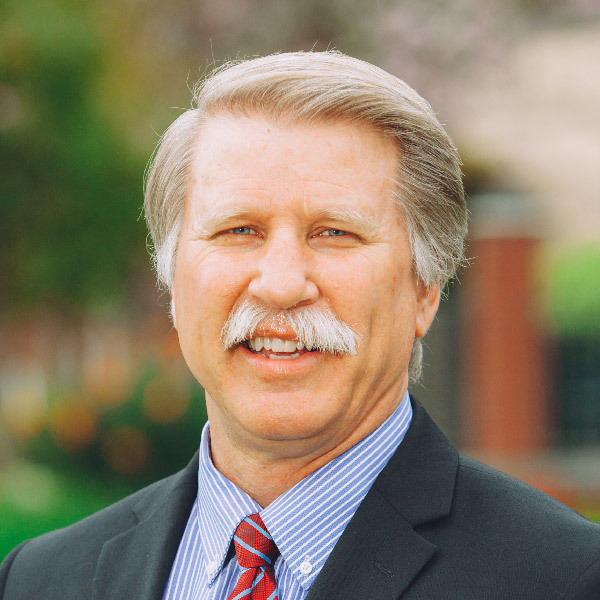 Robert G. Feller has performed with the California Philharmonic, California Wind Orchestra, the Long Beach Municipal Band, the Rochester Philharmonic, Pasadena Symphony, Pasadena Chamber Orchestra, the Ontario Brass, the Nazareth Brass Quintet and played lead trumpet in dozens of Civic Light Opera productions. Since 1972 he has been a trumpet performer in many of Disneyland’s atmosphere groups, including playing lead trumpet for the nationally acclaimed Symphonic Fantasy Tour. In the course of 10 years, he traveled extensively with the Continental Brass and Singers, conducting and playing trumpet in more than 2000 concerts in over 29 countries Worldwide. Feller was a founding member of Gabriel Brass, a trumpet trio with a four-piece rhythm section, whose crowning achievement was to represent the United States in North and South Korea as well as China.

Currently Feller is the Area Coordinator of Winds and Percussion at the Biola University Conservatory of Music. He also conducts the Symphonic Winds, directs the Brass Ensemble and coaches the Honors Brass Quintet. In addition to teaching Basic and Advanced Instrumental Conducting, Brass Methods, Instrumental Literature for Schools, Guided Research for Instrumental Literature and Pedagogy, he also teaches private trumpet lessons and coordinates other activities related to instrumental music. For 28 years Mr. Feller was the Head Clinician for Disneyland’s Performing Arts Excellence in Entertainment Workshops where he led approximately 4000 film scoring session workshops. He is also a freelance musician and recitalist performing numerous concerts throughout Southern California and overseas each year. He has been a guest soloist for orchestral solo and recital tours to China, Japan and Indonesia with George Boespflug, Marlin Owen and Manami Kawamura as Quartet Biola, and they have a standing invitation to return every year.