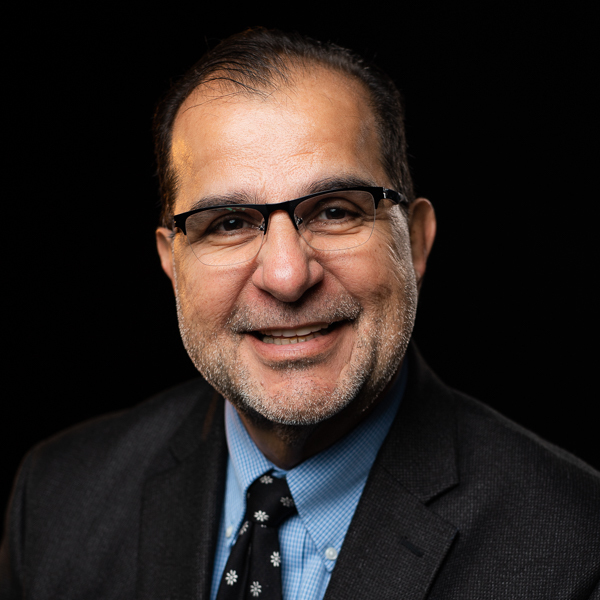 “Filmmaking is a collaborative and creative process. Preparation includes developing a deep understanding of God's world, His mission for His people and their place in loving others.” Mike has sold three scripts and optioned two. He has directed national commercials, produced corporate videos and consulted with studio executives. He served as a cultural affairs delegate with the US State Department and is a POST Instructor for LA Sheriffs'. PhD Biola, MPW USC, MA LMU, BA Immaculate Heart

Professor Michael Gonzales is a film professor at Biola University’s Cinema and Media Arts department. Professor Gonzales started his film career as an art director working with Roy Wagner, ASC, Cinematographer on the The Hudson Brothers Presents series for Showtime.

He taught Stagecraft and Art Direction for five years at Loyola Marymount University's School of Communication Arts, where he earned his first master's degree. He also taught as an Adjunct Professor at USC in the School of Cinema (Cinematic Arts) for 10 years where he earned a second master's degree from the Master of Professional Writing Program. His Ph.D. is from the Cook School of Intercultural Studies at Biola University, where his dissertation was on Education and Empowerment of Latinos in Film.

While teaching a variety of CMA classes over the years, Professor Gonzales specializes in teaching classes in screenwriting and directing. He brings extensive academic experience as well as production credits to the CMA program at Biola. Professor Gonzales has sold three scripts, optioning two, with his first script, Black Eagle, starring Jean-Claude Van Damme. He has just completed co-writing two screenplays and is currently authoring a book. He was unit photographer for the Emmy-winning Surviving an Active Shooter video in 2016.