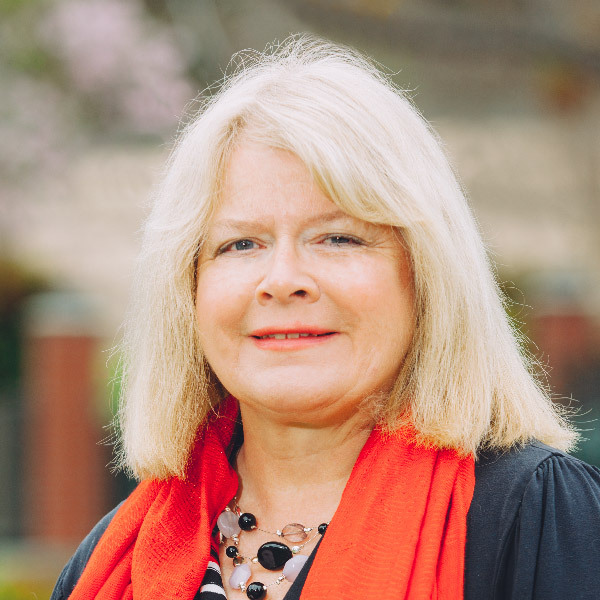 Jeanne Robison has served as Voice Area Coordinator at the Conservatory since 1995 and served as director of opera from 1995–2014. Under her leadership, enrollment in the voice area almost tripled between 1998 and 2007 and students under her tutelage have gone on to esteemed graduate schools including Eastman, Manhattan School of Music, Mannes, Peabody, USC, Boston University, Michigan State, Florida State, AJ Fletcher Opera Program and The Royal Academy of Music and Guild Hall in London. She has had students placing and winning voice competitions every year since she first entered students in the Southern Regional NATS Competition in 1986. Her graduates have gone on to successful careers as high school choral directors, university voice teachers and international opera singers.

Robison received her bachelor's degree in Music Education and her master's in Vocal Performance at Kent State University and continued her graduate studies, earning a Doctor of Musical Arts in Vocal Performance at the University of Cincinnati College-Conservatory of Music. There she began her directorial training serving as an assistant director to renowned opera director and bass Italo Tajo. She was the first doctoral candidate at CCM to study opera direction and production as her secondary field, and was the first student to include direction as part of her doctoral lecture recital, Verdi as stage director. Before coming to Biola, Robison taught at the University of Minnesota, Duluth in 1976, Mansfield State University, Delta State University and John Brown University. The opera programs she pioneered at Delta State, JBU and Biola still thrive.

Robison has directed more than 30 productions including scenes from operas, productions of Gilbert and Sullivan's The Pirates of Penzance, Patience, The Mikado and H.M.S. Pinafore and Trial by Jury; one-act operas including Menotti's The Telephone, The Medium and The Old Maid and the Thief; Puccini's Suor Angelica and Gianni Schicchi; Mozart’s Cosi fan tuttè, The Marriage of Figaro, Don Giovanni and The Magic Flute; Bizet’s Carmen; Nicolai's The Merry Wives of Windsor; Poulenc’s Dialogue of the Camelites; Adamo’s Little Women.