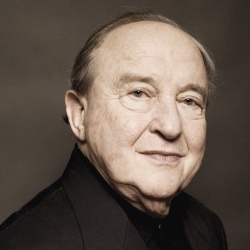 Menahem Pressler, founding member and pianist of the Beaux Arts Trio, has established himself among the world’s most distinguished and honored musicians, with a career that spans almost six decades. Now, at 90 years old, he continues to captivate audiences throughout the world as performer and pedagogue, performing solo and chamber music recitals to great critical acclaim while maintaining a dedicated and robust teaching career.

Born in Magdeburg, Germany in 1923, Pressler fled Nazi Germany in 1939 and emigrated to Israel. Pressler’s world renowned career was launched after he was awarded first prize at the Debussy International Piano Competition in San Francisco in 1946.

After nearly a decade of an illustrious and praised solo career, the 1955 Berkshire Music Festival saw Menahem Pressler’s debut as a chamber musician, where he appeared as pianist with the Beaux Arts Trio. This collaboration quickly established Pressler’s reputation as one of the world’s most revered chamber musicians and he performed with them for over 55 years.

For nearly 60 years, Menahem Pressler has taught on the piano faculty at the world-renowned Indiana University Jacobs School of Music where he currently holds the rank of Distinguished Professor of Music as the Charles Webb Chair.

“Having been connected with the Biola Music Department for twenty years, it is my privilege to recommend the school as a great place to study music. The faculty with its outstanding capacities is one the most supporting and mentoring one. Lucky are the ones who become students in this school.” — Menahem Pressler