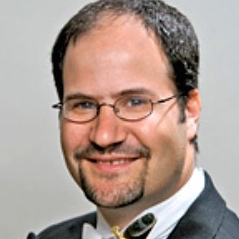 Joshua Ranz has been a member the Los Angeles Chamber Orchestra since 1999, and the Pacific Symphony since 1997. He also performs with the Pasadena and San Diego Symphonies and the Los Angeles Opera. Previously, he was a member of the Honolulu and San Jose Symphonies. Josh spends his summers in Western New York, performing as a member of the Chautauqua Symphony Orchestra. He also performs with the Mainly Mozart festival in San Diego. He has recorded with the Pacific Symphony, as well as numerous motion picture soundtracks.

Josh regularly performs chamber music programs throughout Los Angeles, including Pomona College, LACNLA and the "Musicale" programs with the Los Angeles Chamber Orchestra. He performs throughout Orange County with The Pacific Symphony Woodwind Quintet. He has performed recitals at the International Clarinet Association Convention in Columbus, Ohio, and with the New York Woodwind Quintet at the Norfolk Chamber Music Festival.

Josh studied at the Yale School of Music with David Shifrin and received his bachelor's degree at Harvard College, majoring in music composition and analysis. Josh was a faculty member of the Aspen Music School and Festival and attended the Tanglewood Music Festival.