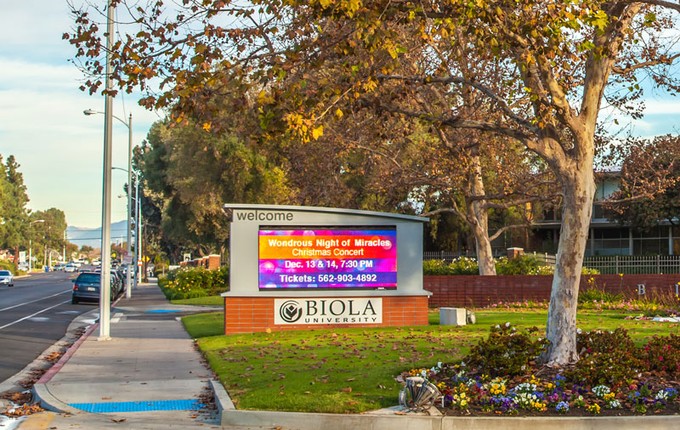 As a teenager in the late 1940s, Loy Chiu figured he didn’t have the grades or the money to attend college. But he applied to Biola anyway, just to see if the Lord might make a way, he said.

Sure enough, he got in, and with hard work managed to scrape together the grades needed to make it through a trial period. As for the money, the Lord indeed took care of it — in the form of an anonymous Christian couple who donated $15 a month to help cover his expenses.

“That was enough money, in addition to the money that I had saved up,” Chiu said. “I never knew who the Christian couple was, but I’ve always been thankful to Biola for giving me a chance to go through higher education.”

After graduating from Biola in 1952, Chiu went on to earn a master’s degree and become an elementary school teacher, and eventually transitioned into financial planning. Through the years, he never forgot Biola, and tried to make donations here and there toward scholarships, he said. When his sister passed away and left him a sizable inheritance, he sought to do something more. That’s when he got the idea to fund a large digital welcome sign at the entrance of campus, and approached the alumni office with a proposal.

“Oftentimes I would go to Biola, and I would always find it so difficult to locate,” Chiu said. “There were no big signs there as to where Biola is.”

The digital marquee made its debut on Biola Avenue in August 2011 and has since become an important landmark for students and visitors alike. The sign bears Biola’s logo and trademark red bricks at its base, and a screen features rotating slides with welcome messages and advertisements for upcoming events.

Chiu said his contribution — nearly 60 years after his own graduation — was in part the result of people who faithfully made a way for him.

“When you make an early impression on a person in their younger years, they remember that and it comes back in the way of help,” he said. “I was penniless when I started at Biola and now I am much better off financially, and that’s why I’m able to return what Biola has given me.”