After a yearlong nationwide search, Biola has a new provost and senior vice president. David Nystrom, a respected scholar with an extensive record in Christian higher education, took the high-profile position in August and was formally installed at a ceremony in November. (You can watch his installation address and the entire installation ceremony on Biola’s YouTube channel.)

As the second-ranking member of Biola’s administration, it’s Nystrom’s job to lead the university’s faculty and to continue to expand and strengthen Biola’s academic reach in the years ahead.

“It involves everything from making sure that microscopic attention to detail takes place, all the way to strategic thinking 20 years out,” he says. “In some ways I’m the chief articulator of Biola’s mission to the faculty and the chief articulator of faculty concerns to the administration and the board. … I’m sort of the explainer of each side to the other.”

Here’s your chance to get to know him. 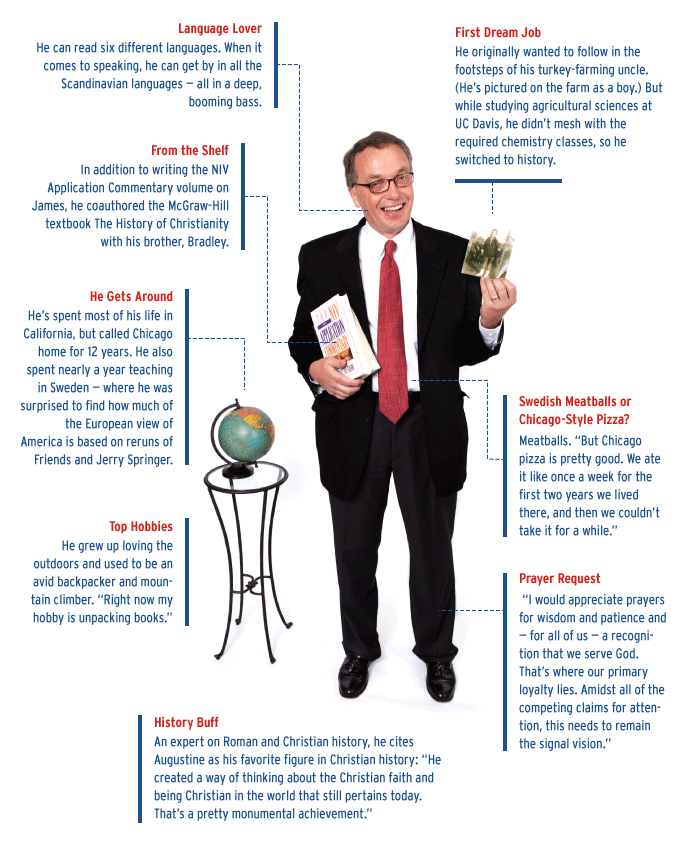