Where Are They Now?

Serving With Wycliffe in Latin America

Marty Lange (’89) has been serving with Wycliffe Bible Translators since 1990. After graduating from Biola, Marty spent a year in Ireland before joining Wycliffe. For the last eight years, he has served in Lima, Peru, with his wife, Karen, and four children, Heather, Kara, Summer and Nathan. After moving to Peru in 2002, Marty and Karen started training Peruvians to plan and produce Scripture-based media. A lot of their work has involved training and mentoring Peruvians to produce audio and video programs in minority languages, with the goal that they will train others to do the same, following the 2 Timothy 2:2 model. Some of their trainees have formed ILMAV (Impacting Minority Languages with Audiovisuals; www.ilmav.org), a Peruvian organization dedicated to making the Scriptures available to the minority languages of Peru in audio and video form. The process of coaching and training ILMAV has been “one of the major highlights of my life,” said Marty. This June the Langes began a year of furlough. Marty is moving into the role of nonprint media training coordinator for Wycliffe in Latin America. They will be based out of Orlando, Fla., starting in the summer of 2011. 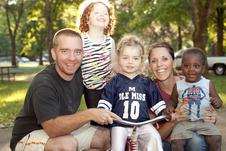 Nick (’01) and Becky (’00) Fisher recently traveled to Rwanda to bring home their adopted son, Judah. They began the paperwork at the beginning of 2009 and in November of last year received the long-anticipated approval from the Rwandan government. They left on Jan. 22 for Kigali and met Judah on a Sunday morning at his orphanage. They traveled with eight other families from across the country and together the group brought home 12 kids. Since coming home, Judah gained weight, now has a full head of hair, is no longer anemic, and is adjusting great. The Fishers currently live in Huntington Beach, where Nick is the youth pastor at CrossPoint Baptist Church and Becky is a photographer. “We feel immensely blessed by God’s great grace in giving us three kids, and a lot of wonderful friends and family to support us on this journey,” said Becky. “We’d love to talk with anyone interested in adoption from Rwanda, so shoot us an e-mail at bfisherhb@yahoo.com.” You can also follow the Fishers at their blog: http://fisherbloggers.blogspot.com

Frank Valencia (’05, M.Div. ’08) is currently stationed in Kandahar, Afghanistan, serving as a chaplain with a unit that specializes in combat stress control. During his training in the fall of 2009, Frank was stationed at Ford Hood in Texas, and was there on the day of the November 2009 shooting, which killed five of his comrades. Frank could hear the shooter “around the corner” and at first thought it was training. “I was thinking, so Frank, this is it. This is how you’re going to die,” he said. In December, Frank went to Afghanistan, where as chaplain he provides pastoral care and counseling to soldiers dealing with issues like depression, anger, loneliness and post-traumatic stress. “We deal with people who are over burdened by the rigors of combat,” said Frank. “Our focus is to renovate their minds so they can fight again.” Frank, who lives in La Habra, Calif., with his wife, Kristen, is now on his second five-month tour. When he returns home, Frank hopes to enter the pastorate. He requests prayer for the leaders and people of Afghanistan, as well as for physical, mental and spiritual protection while he is in Afghanistan.

Losing 120 Pounds and Blogging About her Journey 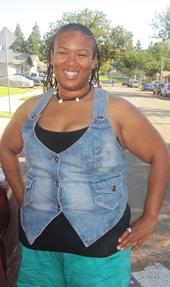 Liana Sims (’08) has been overweight since elementary school, but recently — after hitting a peak of 350 pounds — she decided to make a change. In 2007, Liana read the book The Gift of Being Yourself, which suggests that “You can never change who you are until you accept who you are.” That book, combined with an impactful floor retreat in the spring of 2007, were the catalysts for Liana’s weight-loss journey. Over the last couple years, Liana has lost a total of 120 pounds and counting. In June, she created a blog (http://watchqueenlose.blogspot.com/) to be an encouragement to others facing a similar battle. “There is no secret to weight loss,” said Liana. “At the end of the day, it comes down to eating and exercise. However, there is a spiritual battle of the mind that takes place on a consistent basis that greatly plays into the decisions I make about food and exercise. Nothing less than prayer has gotten me where I am.” Following graduation from Biola, Liana worked at Faithful Central Bible Church. In August 2009, she began the master’s program in apologetics at Biola. Feel free to connect with Liana at thequeenliana@gmail.com.